Summer is right around the corner, which means vacation plans are being finalized and a much-needed break from the daily grind will soon be on its way. While some local residents will surely be looking forward to visiting different parts of the country or even international locations, others prefer staying a little closer to home. Fortunately, there are options upon options just a short drive away to suit every kind of traveler. We’ve compiled a list highlighting a few of Florida’s hottest vacations spots and what to expect at each one.

Like all tourist destinations, the second-largest and southernmost city in the Palm Beaches has faced uncertainty since the pandemic started, which is why the town has started a campaign urging visitors to “rediscover Boca Raton.” Families love the two miles of beautiful beaches and the 47 parks where any sport imaginable can be enjoyed. High-end designer boutiques can be found at Mizner Park, and in fact the entire city has a vibrant shopping and dining scene. Arts and culture are also a big part of the Boca experience, with festivals and community events taking place year-round.

Located near Fort Meyers off Florida’s Gulf Coast, and the sister island to Sanibel, Captiva Island is a captivating place where it is believed that pirates once roamed, conquistadors explored and Calusa Native Americans made their home. Today it is known for beautiful beaches, family-friendly attractions, several demanding golf courses and much more. South Seas Island Resort offers 2.5 miles of pristine beaches, themed activities for the children, golf and tennis, kayak tours, water slides and amazing views. 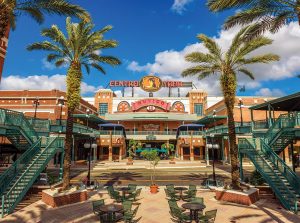 A regular entry on lists recognizing the best beaches in the state or even the country, Clearwater boasts sugar-white sand on the Gulf Coast where relaxation reigns any time of year. For those requiring a little more adventure, there are plenty of opportunities to hit the water for sailing, scuba diving, jet skiing, fishing or dolphin watching. Further explore sea life at the Clearwater Marine Aquarium or take in a show at the Capitol Theatre, which celebrated its 100th birthday last year and is known for having some of the best natural acoustics in the southeastern United States.

Organized by local business leaders and incorporated as a city in 1960, Daytona Beach Shores is located on the barrier island directly south of Daytona Beach and caters to families seeking wholesome and safe entertainment. It features 5.5 miles of white-sand beaches where residents and visitors alike soak up the sun, go for sunrise walks and bike rides and cool off in the Atlantic Ocean. Shore Community Center offers social activities and free year-round concerts, and kids love to test their skills at the multiple miniature golf courses in town.

Known as a prime spring break destination dating back to the 1930s, Fort Lauderdale has emerged as so much more in the past three decades and is now a perfect getaway for families and couples as well as a site for corporate conferences. With 24 miles of stunning beaches on the Atlantic, ideal temperatures and plenty of attractions, it’s easy to see why. Fort Lauderdale has a blossoming arts and culture scene and a lively nightlife featuring 120 clubs, renowned restaurants and casinos like the Seminole Hard Rock.

There’s nothing quite like a bustling college campus, and there’s no doubt that the University of Florida has a lot to offer in terms of trendy dining and nightlife, world-class museums and of course, SEC football. But make no mistake: Gainesville is not just for students and their families. Nature lovers will appreciate the eight state parks, such as Sweetwater Wetlands Park, and shopping aficionados will find an eclectic mix of antique stores, boutiques and farmer’s markets from Celebration Pointe to Haile Village. Downtown Gainesville is the destination for live music or to see a play or movie at the Hippodrome Theatre.

Billed as a year-round playground, Jupiter is a prime spot for outdoor enthusiasts. Jupiter Beach Park offers opportunities for swimming, snorkeling or water sports, while Riverbend Park has multiple trails for biking, hiking and horseback riding. Riverbend also leads to the Loxahatchee River—one of only two in the state designated as a National Wild and Scenic River—where visitors can steer a canoe or kayak through cypress and mangrove swamps. When the outdoor excursions build up your appetite, head to The Woods Jupiter, an elevated sports bar owned by Tiger Woods.

The pristine beaches of Jupiter Island, stretching over nine miles, are among the most highly regarded in the country, so it’s no wonder that many celebrities have flocked here over the years and built lavish oceanfront homes that are a sight to see themselves. For those seeking more natural beauty, the Nathaniel P. Reed Hobe Sound National Wildlife Refuge is home to dozens of threatened and endangered species and is considered one of the most productive sea turtle nesting areas in the southeastern United States.

The beauty of South Beach and the excitement of Ocean Drive may be the stars of Miami, but they are far from the only reasons to make the roughly four-hour drive from Orlando. Visit the only living coral barrier reef in the U.S. and one of the largest in the world at Biscayne National Park, or take a scenic tour at Big Cypress National Preserve. If indoor adventure is more your thing, Miami has a number of luxurious hotel spas, high-end shopping at Brickell City Centre and acclaimed museums like The Bass, which is known for presenting major exhibitions by some of the most influential artists from around the globe. 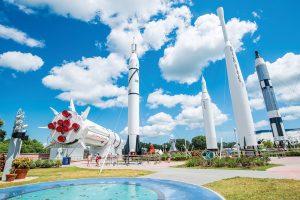 Considered one of the most desirable places to live in the country, this crown jewel of Southwest Florida on the Gulf of Mexico is also an enticing vacation destination. Start with the abundance of restaurant options, from casual to fine dining, seafood to Italian, and everything in between. Throw in a sophisticated downtown, white-sand beaches, beautiful sunsets off Naples pier and challenging yet picturesque golf courses, and it’s quite understandable why many guests never choose to leave.

Located on the Atlantic Coast just north of Daytona Beach, Ormond Beach provides more of a relaxing atmosphere than its neighbor thanks to its blend of resort amenities with small-town charm. Make sure to visit the historic downtown along Granada Boulevard, as well as Tomoka State Park, a bird-watcher’s paradise with over 160 species and also a popular site for canoeing, boating and fishing.

Just a short drive from St. Augustine, Palm Coast combines lush nature reserves, a spectacular stretch of beaches along the Atlantic Ocean and some of the finest golf courses in the state, including Hammock Beach Golf Resort & Spa, a prime spot for family vacations, golf trips, corporate gatherings or even destination weddings. The luxury spa at Hammock Beach is also the perfect place to alleviate stress and forget about work for a few days. Elsewhere in Palm Coast, eco-tours on land and sea introduce visitors to wildlife such as dolphins, manatees and endangered bird species.

“Florida’s Warmest Welcome,” as Pompano Beach is called, is located in the heart of the state’s Gold Coast and is known for its accessible beaches and clear waters. Yet as enticing as lounging by the ocean all day may seem, there is plenty more to take in, such as a robust cultural scene featuring music festivals, art exhibitions and live performances. Athletes can try their hand at tennis, pickleball and a Greg Norman signature golf course, and special events include “Old Town Untapped,” which showcases Pompano’s home brewing successes.

Known around the world for its pastel-colored seashells and tropical setting, Sanibel Island draws in visitors for romantic getaways and family vacations. The town has retained its charm by limiting the height of all buildings to be no taller than the tallest tree—approximately three stories—ensuring that the stunning views will never be compromised. Guests can take advantage of cottages, inns and hotels, or sensational resorts like Sundial Beach Resort & Spa, which offers miles of beaches, restaurants and shops with panoramic views of the Gulf of Mexico, multiple pools and activities for the kids.

This region may be famous for live rocket launches from Kennedy Space Center and Cape Canaveral Space Force Station—and there is nothing quite like witnessing one in person—but there is plenty of other adventure to be had without blasting off. Miles of scenic beaches, Florida’s largest manatee and sea turtle habitats and diverse parks are also part of the experience, and families love attractions like the Andretti Thrill Park or Museum of Dinosaurs and Ancient Cultures.

From award-winning beaches like Fort De Soto Park to an abundance of sunshine, and cultural offerings such as the renowned Salvador Dali Museum to dozens of top-rated restaurants, St. Petersburg appears to have everything a vacationer could want. The new 26-acre St. Pete Pier is a must-see, featuring bistros and outdoor dining, a splash pad, the Glazer Family Playground and the world’s first airline monument.

The heart of Florida’s Gulf Coast, Tampa has emerged as one of the state’s most diverse destinations, featuring everything from arts and culture to amusement parks, highly acclaimed restaurants and historic Ybor City, a neighborhood with a heavy Cuban and Spanish influence. A great way to see the town is on the Tampa Riverwalk, a 2.6-mile path that links outstanding restaurants such as Ulele and Heights Public Market along with attractions like the Tampa Bay History Center and The Florida Aquarium. The professional sports scene has also taken off, namely with Tom Brady turning the Bucs into Super Bowl champs.

With summer approaching, it’s time to kick back, relax and enjoy quality time with loved ones, and these 17 destinations around the state are perfect for a quick getaway. […]