The morning after arriving at summer camp, a young woman (Quei Tann) wakes up early to sneak out of the girls’ cabin and take a shower. She thinks she’s alone, basking in this rare moment of privacy to wash her hair and body. The music grows sinister. The camera straddles the line between examining and leering at her naked body. Playing off the iconography of classic slashers like Friday the 13th and Sleepaway Camp, we suspect we are being implicated in the voyeuristic gaze of a sadistic killer. When the woman turns around, she gasps, but it is not a slasher she sees. It’s a camp counselor, and by this point we’re acutely aware that this is worse than if it were a killer. The woman, we discover, has been hiding the fact that she’s transgender, and the counselors – who specialize in gay conversion – see this as a subterfuge. As punishment, she is forced to rid herself of her feminine clothes and stay in the boys’ cabin as she’s denied her female hormone medication and forced to detransition.

This scene is the strongest in John Logan’s new slasher They/Them, not only because I, as a fellow trans woman of color, recognize the horror in Tann’s predicament, but because it’s the only one that effectively subverts its horror artifice and enmeshes it in the very real horrors of LGBT conversion practices. It’s proof that there’s a kernel of a great idea in Logan’s premise, and it makes it all the more disappointing as he squanders that potential for the rest of the runtime. They/Them is a queer slasher without bite, blood, or scares; and in its aim to create a positive, empowering portrait of queer youth that flips the script on representation in the genre, the film winds up belittling the very foundations of queer rebellion it so desperately wants to celebrate.

The friction between the two genres Logan is playing with is immediately apparent. They/Them mostly forgets it’s supposed to be a slasher, mainly operating as a limp coming-of-age dramedy that makes one almost yearn for the operatic, mean tone of early Ryan Murphy. Logan – an otherwise talented screenwriter who’s written two excellent Scorsese films – has not transitioned well into directing, flatly shooting this beautiful cast of queers and failing to instill dread or atmosphere. By the time the movie briefly remembers to be a slasher, the filmmaking comes off as obligatory. Logan’s no stranger to horror, having co-written the bleakly riveting Alien Covenant, but based off They/Them, you’d be excused for thinking he held nothing but contempt and dismissal for the genre.

There’s still a novelty to seeing this very visibly queer cast headline a horror film like this, but Logan mistakes that novelty for importance, neglecting to put this appealing set of actors in a movie worth seeing. Logan’s script is less concerned with delivering scares than it is creating a GLAAD Media Award highlight reel. So afraid is Logan of falling into stereotypes or “burying gays” that every character is a Strong Queer Lead, a Beacon of Representation, a Divine Madonna that is not allowed to die or have their pretty little skin touched. Logan doesn’t see horror as an effective conduit of expressing queer pain and trauma, but rather as something to outsmart and overcome. 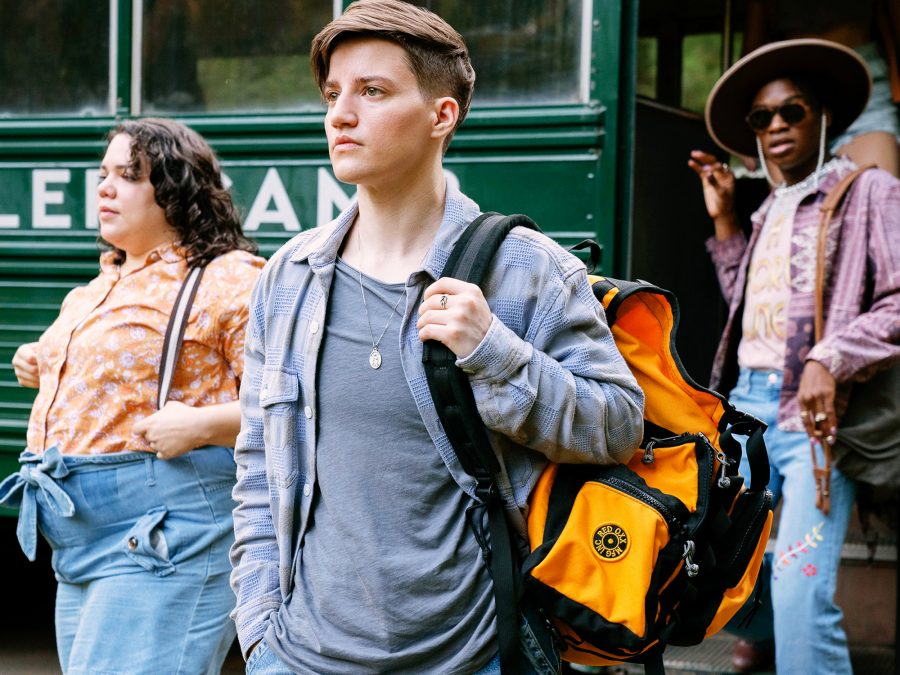 Scenes depicting daily life at the conversion camp don’t fare much better. Most of the teens are given little to do besides Theo Germaine as non-binary teen Jordan, who has a confident, assuring presence that unfortunately doesn’t translate when the film asks them to be the emotional center of the group. Kevin Bacon effectively deploys his magnetic star power to lull us and his cast into believing he’s the “cool” counselor that has no problem with gay people. He understands the delicate balance of faux concern and banal evil that real gay conversion professionals use every day. His work makes the rest of the adult cast look worse by comparison, as they slip into caricatures of homophobia and transphobia that betray their sinister nuances and mutations.

There is very real violence, both physical and psychological, that is conjured from the image of the conversion camp in the queer community. Many queer film classics have already reckoned with this violence effectively, from But I’m a Cheerleader to The Miseducation of Cameron Post. Horror should be the perfect outlet to reflect not only on the trauma forced onto us by the conversion camp, but our rage, our anger, our desire to turn their bloodletting back on those that would deny us our humanity. These are real emotions. Messy and unsavory ones, yes, but that’s what horror’s for. To channel our basest, darkest urges and give us release, recognition, and catharsis.

They/Them spits in the very face of catharsis, culminating in a climax that equivocates homophobic violence toward queers with queer violence toward homophobes. It evokes Emerald Fennel’s words on her film Promising Young Woman, that anger and violence are inherently masculine actions that serve no place in a film about femininity. Like the film or not, that kind of gender essentialism only promotes the very hetero and cisnormativity that encourages queerphobic violence.

Logan’s film is worse. Where Fennel at least messily reckons with an individual trauma that there is no right or wrong response to, They/Them takes a very clear stance: that violent queer rebellion is just as horrifying and wrong as the torture of queer youth—an almost comical misreading of this current moment of increased American and British backlash toward LGBT people of every stripe. We can be angry, but we can’t fight back. We can mourn, but we can’t show ourselves dying. We can be heroes, but only symbolically. We can make our own horror movies, but they can’t be scary. In that sense, it would be unfair to say that They/Them is about the inhumanity of gay conversion. It’s about the inhumanity of doing anything at all. And I don’t know which is more frightening.

Doesn’t work as a slasher or a queer coming-of-age film.
2

A group of teenagers at a gay conversion camp face off against a sinister threat in John Logan’s misjudged would-be slasher.
The post They/Them appeared first on Little White Lies. […] 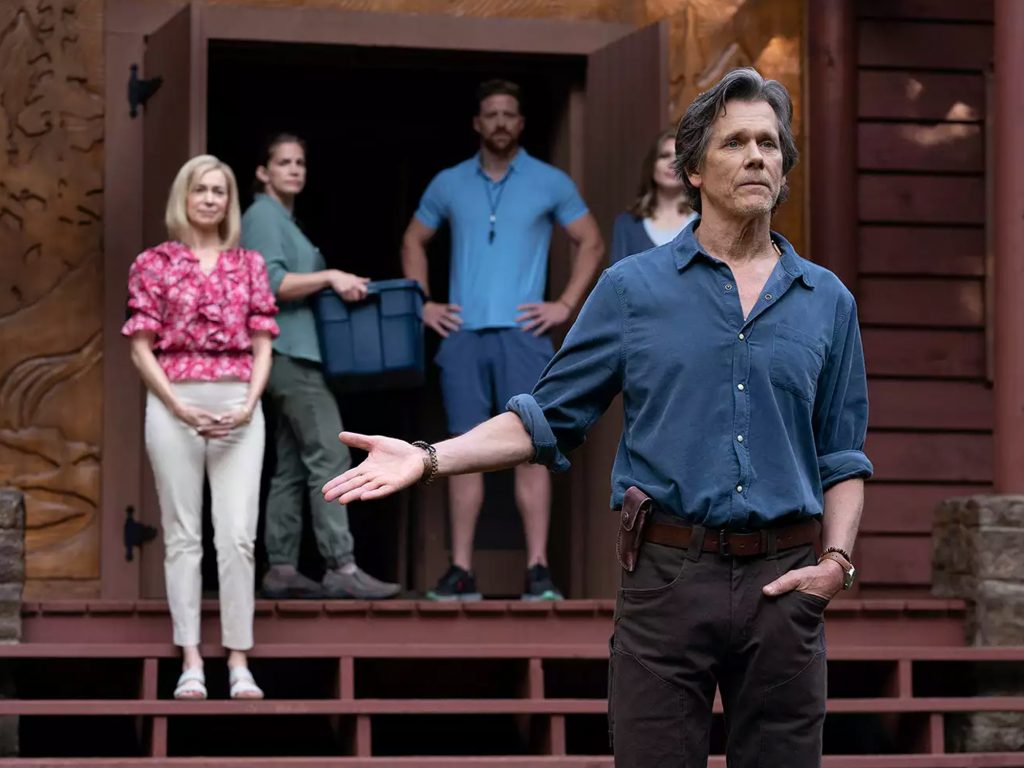