The transgressive adventures of Marlene Dietrich and Josef von Sternbergdc4b848765da5e70ab8d56d5e2cd1a48 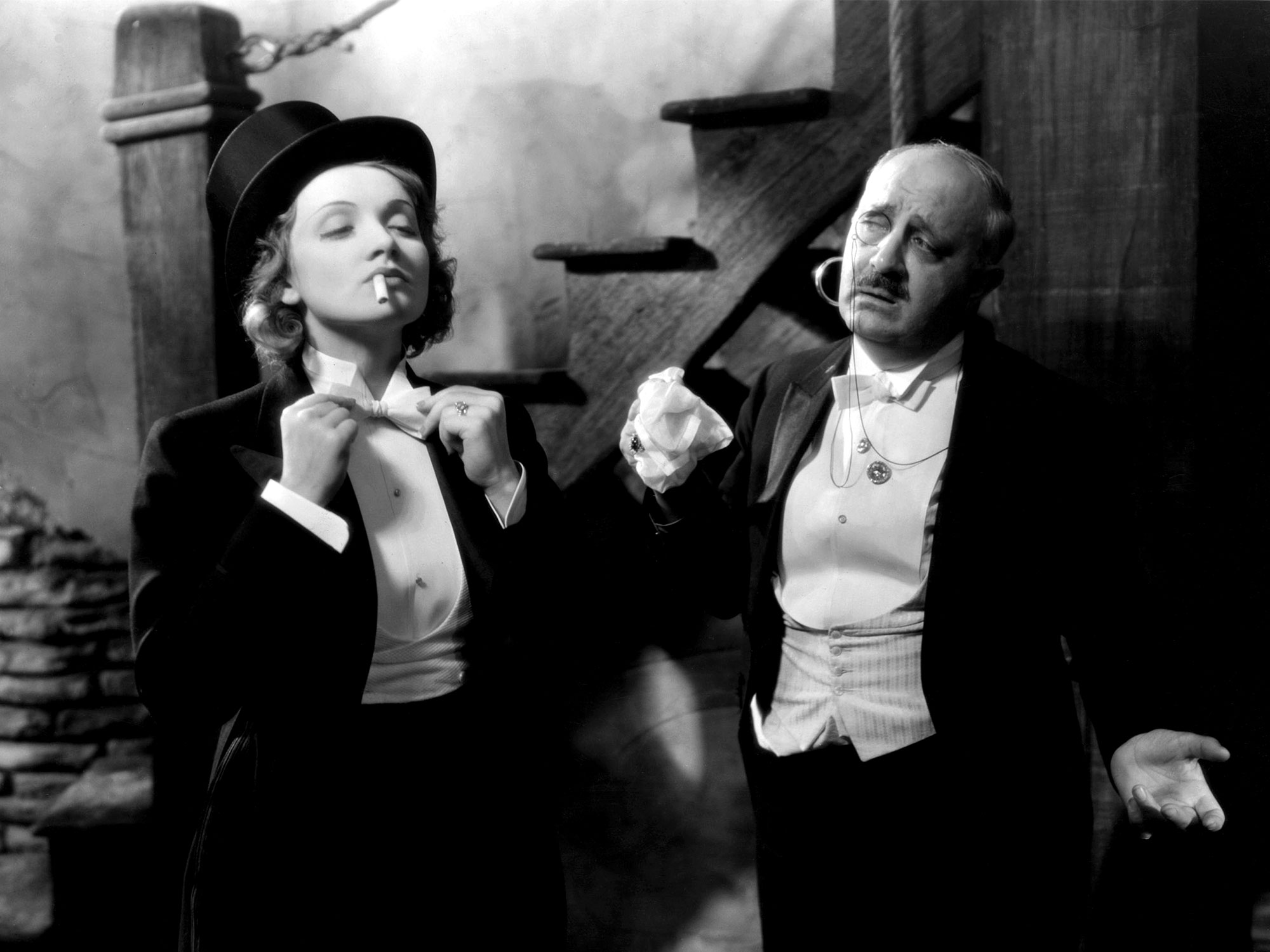 Everything and nothing is left to the imagination in the films of Marlene Dietrich and Josef von Sternberg. The directorâ€™s mastery of light and shadow tickle us, the choice to suddenly show his starâ€™s face in full light coming as the money shot, a crescendo. Having met in Berlin in 1930 during auditions for The Blue Angel, von Sternberg brought Dietrich to Hollywood, with the intention of finding the next Greta Garbo.

Their subsequent six-film run at Paramount, made over the course of five years, represents a highpoint of classical Hollywood style. Cleverly avoiding censorship by the incoming Hays Production Code, they achieve the spectacle of innuendo and expression that transgressed moral expectations of the era.

The driving force behind these films is an exploration of the gender wars â€“ men enslaved by desire, and women paying the price for it. Take 1931â€™s Dishonoured, in which Dietrich plays X-27, a Mata Hari-esque â€˜street walkerâ€™ turned spy during the fall of the Austrian empire. Itâ€™s a series of seductions as she battles nationalist power. Her sparring partner is Victor McLagwenâ€™s Russian Agent, he of incredible clamped jaw and broad chest which mark him a true Chad that X-27 topples via his sexual inadequacy.

In the masked ball scene, ribbons and balloons stop us reaching Dietrich, a leitmotif across these films. Itâ€™s a way of forcing audiences to search the frame for meaning and movement. Dishonoured climaxes with a young soldierâ€™s cry against war. But as X-27 stands in front of the firing squad, she reapplies her lipstick, undercutting the entire scene through feminised indifference.

Dietrich was an actor for whom person and star persona seemed to blur. She famously carried on with Jimmy Stewart and Mercedes de Acosta, and was the only woman to wear a US officer uniform during World War Two, where she entertained the troops and pumped German POWs for information. She collaborated with Travis Banton on his decadent costumes, these containing contrasts that lean into the stark lighting and reflect her character progression. Appearing in 1932â€™s Blonde Venus wearing a tuxedo, Dietrich was proudly responding to publicity surrounding her bisexuality.

An opulent and entirely casual screen presence, Dietrich is so laid back that we are lulled into moments of devastating emotion. In Shanghai Express, her Shanghai Lily, the most famous courtesan in China, teams up with Anna May Wongâ€™s Hui Fei to flip the uptight social dynamics of the train. When her attempts to save Doc Harvey (Clive Brook) from Chinese insurgents results in him scorning her love, her hand trembles, clutching a cigarette. This sustained close-up reveals the cracks in her persona, the woman beneath the armour of innuendo.

The first collaboration, Morocco, explores European ties with America while gazing towards the North African nation. Locals are entirely backgrounded; they sit and silently watch glamorous Hollywood stars. Gary Cooperâ€™s foreign legionary has such nonchalant presence; meeting the underplayed Dietrich, both try to keep their internal temperature down while outside its bubbling. As in 1932â€™s Shanghai Express, the exoticised gaze of foreign lands is inherently problematic. Of the crew, not even Wong had been to China. In the constant tension between exterior and interior, indigenous people donâ€™t get a look in. They are confined to be tourist wallpaper, rendered politically impotent. 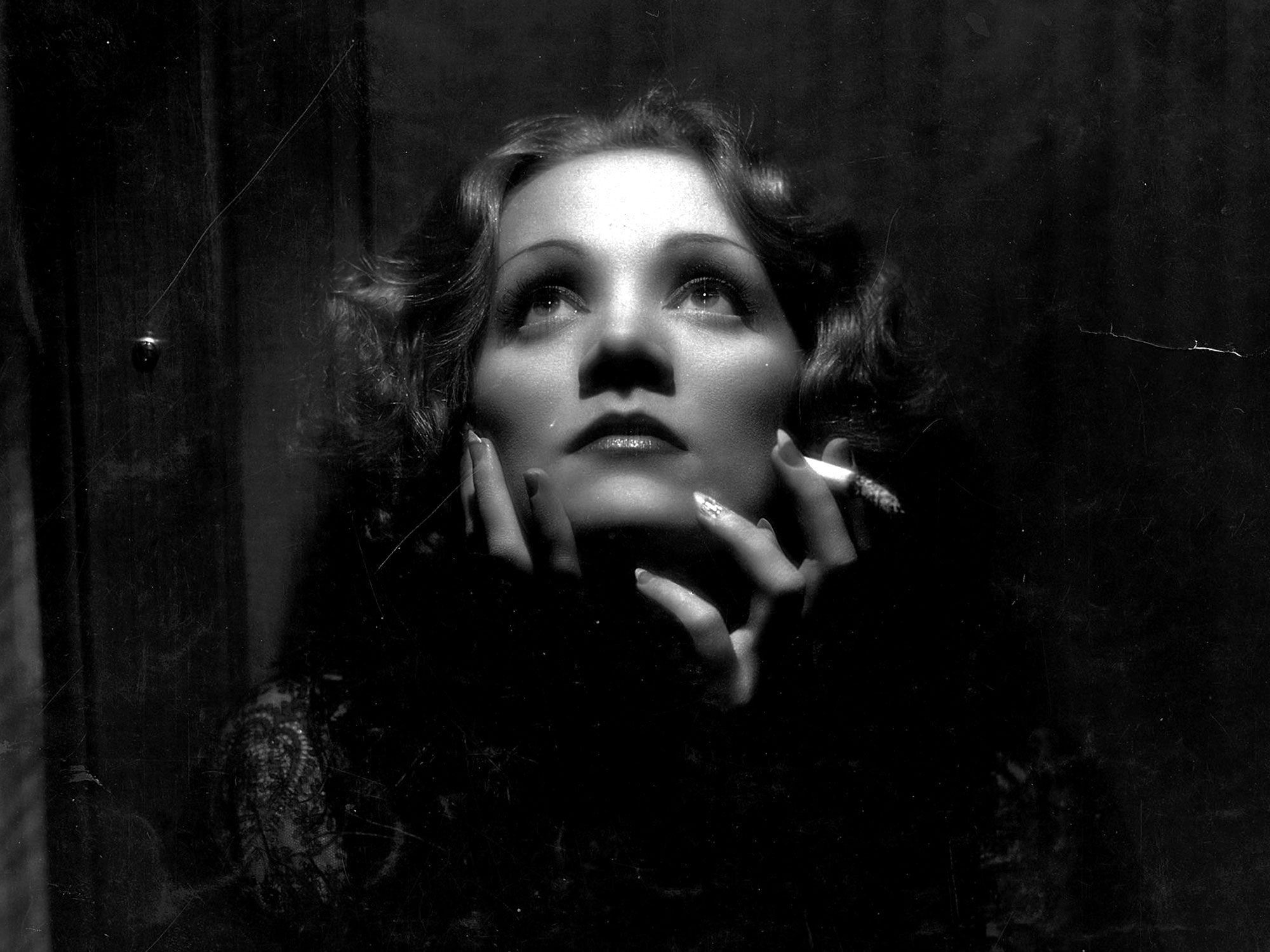 But nobody is ever quite at home in these films. Dietrich is herself an outsider, a dreamlike persona, this exoticism is key to the lavish staging. It allows access to characters like Hui Fei, whoâ€™s ingenuity is rarely seen from an Asian American character. These films celebrate the majesty of the old world, scarred by World War One but not yet having experienced the moral and technological ruptures that World War Two brought.

At the end of Shanghai Express, Lily is able to kiss Doc in train station because â€œthatâ€™s where it happensâ€�. She can express her affection without repercussion. Dietrichâ€™s characters want to be a part of civilised society, and yet are expected to be sexually reprehensible. Her attraction to the establishment types in Shanghai Express and Dishonoured is reversed in 1934â€™s The Scarlet Empress, where her Catherine the Great learns to be a savage to overpower Russian high society. The style had reached vast excess, frames now crowded by sculptures, banquets, candles. Von Sternbergâ€™s visual palindromes, repeated shots and dissonances, are now at their clearest. Boschian tableau juxtapose torture with Catherineâ€™s youth, thematically leaden imagery of burgeoning womanhood and death.

With a subjective, flashback structure, and enough cuckholdery to make William Hays wince, 1935â€™s The Devil Is a Woman signalled the end of the pairâ€™s enhanced baroque style. Von Sternberg released a statement calling it their last collaboration. They had gone as far as possible without repetition or self-parody, and with it, made perhaps their most sophisticated, ruminative film.

Von Sternberg struggled throughout the rest of his career, stifled by theÂ Production Code which came in effect in 1935; his abandoned I, Claudius is considered a lost epic. Dietrich remained a star, utilising the persona crafted here in great later films such as Destry Rides Again and Touch of Evil. But in this collection which, as Von Sternberg puts it, â€œmight pose many a problem but never offers any solution,â€� we see the ultimate synthesis of star and director, a true cinematic philosophy.