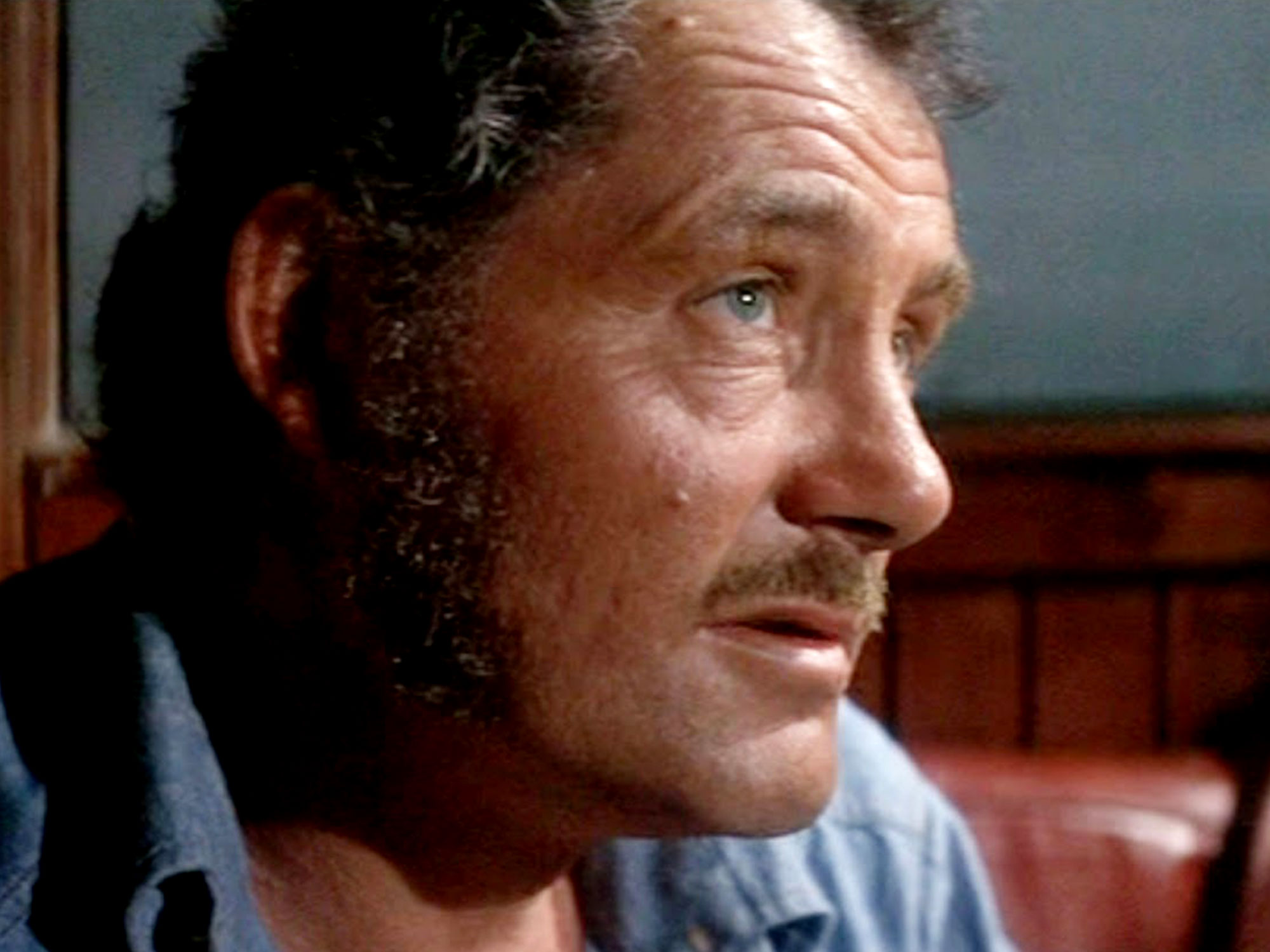 “Whoom. Up in the air I went,” remembers Loel Dean Cox of the night the USS Indianapolis sank, 75 years ago. Loel, then 19, was on duty that evening, in position on the bridge of the Portland-class heavy cruiser. The ship was on its way back from Tinian Island, having lugged around half of the world’s supply of Uranium-235 for use in the assembly of the atomic bomb named ‘Little Boy’. Days later, on 9 August, that bomb would be dropped upon Hiroshima, killing approximately 146,000 people.

It was just after midnight on 30 July, 1945, when the first torpedo hit the Indianapolis. “There was water, debris, fire, everything just coming up and we were 81ft from the water line,” Cox remembered in 2013, then aged 87. “It was a tremendous explosion. Then, about the time I got to my knees, another one hit.” With the Indianapolis going down and the fires raging, Loel needed to get into the water. He jumped, hit the hull and bounced into the sea. He was one of around 900 – of the 1,197 that made up the crew prior to the Japanese attack – that had survived the initial explosion and made it into the water.

It was only then that the horror truly began.

You know Cox’s story, or a version of it anyway. In Steven Spielberg’s Jaws, it’s retold by Quint, Amity Island’s resident shark hunter and a fellow Indianapolis survivor, one boozy night on the Orca. To many, Robert Shaw’s show-stopping monologue remains the film’s most memorable scene. Tankards clank. The Orca swells and groans. The swinging lamp above the table throws a shadow across the faces of Brody (Roy Scheider) and Hooper (Richard Dreyfuss), who are enthralled by this old sea dog’s tale – Dreyfuss, in particular, seems to be struggling to stay in character, visibly in awe of Shaw’s performance. “As the light went dark, the sharks came cruisin’…”

Quint goes on to describe four days and four nights of living hell. Of starvation. Insanity. Hypothermia. All true, all corroborated by the 316 men who survived the ordeal. And yet Quint’s claim that the multitude of sharks, drawn to the blood, screams and thrashing in the water, “averaged six an hour” is artistic licence. The assertion that “eleven hundred men went into the water, three hundred sixteen men come out, and the sharks took the rest,” is just a device to finally explain why it is that Quint hates these creatures so much.

There are further inaccuracies. A distress signal was sent by the sinking ship – it was just ignored by the station commander, drunk at his post. The Indianapolis didn’t “deliver the bomb”, rather the parts to construct it. And the ship was sunk on 30 July, not the day before.

The Indianapolis’ doomed tale has been told within cinema with similar factual inconsistencies in the years that have followed the cataclysmic release of Jaws in 1975. Neither example is one of particularly good movie making. In 1991, the TV movie Mission of the Shark: The Saga of the USS Indianapolis first aired. In 2016, Nicholas Cage and director Mario Van Peebles teamed up for the jingoistic USS Indianapolis: Men of Courage. And yet, the difference between these films and Flint’s performance within Jaws is that, while some factual details aren’t true, Shaw’s conveyance of terror in the cold and dark absolutely is.

Spielberg gives credit to three men for the authorship – and subsequent editing – of Quint’s monologue: Howard Sackler, the Brooklyn-born playwright responsible for the film’s early, complete script rewrite (despite no credit bearing his name); Apocalypse Now writer John Milius; and Shaw himself, a talented playwright in his own right whose 1968 play ‘The Man in the Glass Booth’ ran on Broadway for 264 performances.

In a 2011 interview with Ain’t It Cool News, Spielberg finally cleared up the fisherman’s tall tales that had clouded the issue of who’d fathered the iconic scene. Howard, he said, had written “about three quarters of a page” of the monologue, including introducing the premise of the Indianapolis for the first time and quantifying the length of construction from the other two writers; Milius took it up to 10 pages before Shaw managed to get it down to half that, where it stayed.

Shaw, a lifelong alcoholic – just over three years after the premiere of Jaws, he would be dead of a heart attack, aged 51 – convinced Spielberg to let him record the scene after having had a few drinks. Shaw retired to the Whitefoot, the tugboat-cum-floating green room that provided a place for the Jaws cast and crew to eat meals and use the toilet when filming offshore. He had to be carried back onto the Orca and didn’t make it through the take.

“At about two o’clock in the morning my phone rings and it’s Robert,” says Spielberg, picking up the tale. “He had a complete blackout and had no memory of what had gone down that day. He said, ‘Steven, tell me I didn’t embarrass you.’ He was very sweet, but he was panic-stricken. The next morning he came to the set, he was ready at 7:30 out of make-up and it was like watching Olivier on stage. We did it in probably four takes.” Another story goes that Shaw mournfully told Dreyfuss he wished he could stop drinking. Dreyfuss, not missing a beat, picked up his senior’s whiskey tumbler and threw it into the ocean.

It’s fascinating to think what might have come next. Spielberg was reportedly interested in continuing Quint’s arc by telling a story that would revisit the hunter’s youth, including his time aboard the Indianapolis. Perhaps there’s still hope for a proper Indianapolis story. In recent years Robert Downey Jr and his wife, the writer Susan Downey, have expressed as interest in adapting the Indianapolis story, refocusing the narrative on the real-life endeavours of 11-year-old Hunter Scott who, having obsessively binged Jaws as a child, started to research the ship’s sinking for a school project.

Remarkably, this new information led to a posthumous exoneration for Captain Charles Butler McVay III, who had long been blamed for the tragedy. On 6 November, 1968, McVay had shot himself at home with his service revolver. In his hand was a toy sailor he’d been given in childhood as a lucky charm. The tragedy of the sinking of the USS Indianapolis extends across eras.

Jaws itself celebrates a landmark anniversary this year, turning 45. Loel Dean Cox passed away in 2015. There are now just 10 remaining survivors of the USS Indianapolis tragedy. Only one, Dreyfuss, from that boozy night on the Orca. And yet Quint’s monologue and its relationship to the terrible events of 1945 are certain to endure.

Quint’s show-stopping monologue recounts the doomed tale of the USS Indianapolis – but it isn’t entirely accurate.
The post The real-life tragedy that inspired Jaws’ most famous scene appeared first on Little White Lies. […]