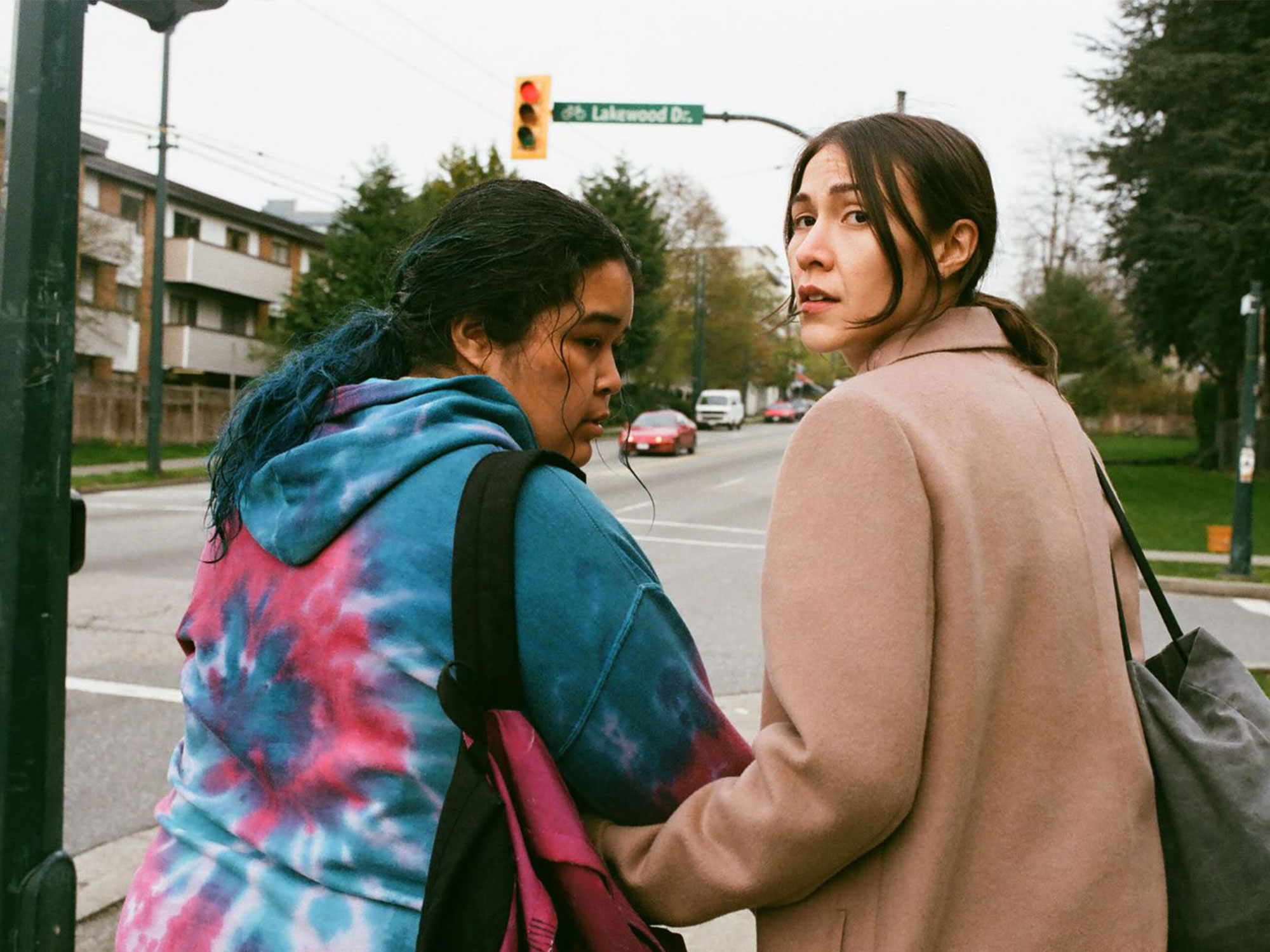 On a busy and rainy Vancouver street, Áila (Elle-Máijá Tailfeathers) finds Rosie (Violet Nelson), trembling in bare feet, her face showing evidence of fresh abuse. The rageful cries of her assailant ring out, too close for comfort. Áila asks Rosie if she should call the police. No. Áila spirits Rosie away to her chic and calm apartment, provides dry clothes and explores alternative places for her to go, for Rosie’s abuser lives with her in a housing project. He is her boyfriend and she is pregnant with his baby.

This premise, based on an encounter experienced by Elle-Máijá Tailfeathers (who wrote and directed this film with Kathleen Hepburn), blossoms into a tense relationship drama powered by refined understanding of how ethnicity, class and character impact a woman’s response to intimate partner violence. The safety of Rosie and her unborn baby are the stakes pulsing beneath a quiet, docu-realistic surface as the story unfolds in one long take across real time.

Áila wants to help Rosie to leave her boyfriend – an infectious impulse; I wanted it badly too – and Rosie’s resistance seems to fly in the face of her own interests. ‘Seems’ is the key word for the film is blindingly successful at making viewers understand on a bone-deep level that what presents as a stubborn defensiveness is rooted in historic trauma and a subsequent desire to go one’s own way.

Rosie is a member of the Kwakwaka’wakw First Nation and the assumption that she and her baby will be better off in institutional care finds direct opposition in very recent Canadian history. The so-called ‘Sixties Scoop’ saw the Canadian authorities stealing tens of thousands of aboriginal children from their families and placing them in foster care. Neither this incident, nor others from the laundry-list in existence, is explicitly verbalised, instead it is a source of subtextual power, gestured towards via the women’s camaraderie which deepens as the film progresses. Áila, it emerges, is also Indigenous, albeit able to pass as white.

The terms of their relationship shift from saviour-and-victim, to something infinitely more complex, humane and political. None of this ever feels dry or academic, thanks to the rawness of the performances and a naturalistic pacing that makes as much use of silence as it does the brilliantly written dialogue. Lines emerge emphatically out of pregnant pauses, flinty with the residue of those left unsaid.

‘The Body Remember When the World Broke Open’ is an essay poem by Indigenous Canadian scholar and writer Billy-Ray Belcourt. He makes reference to “the unruly vibrations of the past-present”. Tailfeathers and Hepburn capture those vibrations, adding to the mix a different set: the vibrations that emanate from the respectful way that Áila and Rosie come to see each other. This extraordinarily thoughtful film has the power to rewire assumptions around how we can relate to each other in times of crisis.

The post The Body Remembers When the World Broke Open appeared first on Little White Lies.

This gripping drama written, directed by and starring an Indigenous Canadian woman has quietly snuck onto Netflix.
The post The Body Remembers When the World Broke Open appeared first on Little White Lies. […]