She Said opens with a pale young woman with cropped hair walking along the Irish coast. To her astonishment an 18th century galleon is suddenly revealed, bustling with navy officers in tricorn hats. She’s stumbled onto a film set. Her awe is violently interrupted with a hard cut to her running full pelt down a city street stricken with terror. Nothing in She Said ever quite equals the sheer emotional power of this prologue, but it builds towards a moving conclusion without ever feeling manipulative.

Starring Carey Mulligan and Zoe Kazan as real New York Times investigative reporters Megan Twohey and Jodi Kantor, this is a classic journalism movie but one that turns its gaze to Hollywood itself. The film is a dramatisation of Twohey and Kantor’s book of the same name, published in 2019 and which details how they first broke the story of Harvey Weinstein’s decades of sexual abuse and the payouts that silenced his survivors.

With compassion and determination, the pair pursue a whisper network of actresses and former staff who are either bound by non-disclosure agreements or simply too traumatised to speak publicly. The film is largely comprised of conversations between these women, with Samantha Morton as the grimly matter-of-fact former Miramax employee Zelda Perkins and a wonderful Jennifer Ehle as Laura Madden, an older incarnation of the young woman in the prologue.

Kitty Green’s wonderful The Assistant from 2019 named no names but was clearly about a young woman working for Weinstein, but director Maria Schrader and screenwriter Rebecca Lenkiewicz are concerned with being explicit with the real details of the investigation. Real audio recordings of Weinstein are played, and even key figures such as Ashley Judd play themselves.

This gambit is sometimes effective but can be distracting – Schrader asks her audience to forget that Mulligan and Kazan are stars themselves while including these elements of realism, highlighting the artifice more than anything else. There’s plenty of the nitty-gritty detail of what it takes to publish such a momentous story, and it’s also intriguing just to see the cavernous interior of the New York Times office – a feature film has never been shot there before. But what makes She Said different to other journalism films is simple but significant: Twohey and Kantor are working mothers who can’t drop everything to chase a lead, and real life is happening alongside their work.

Dozens of films have been described as “#MeToo movies” but only a handful have directly engaged with those events. As much as there is a Hollywood sheen to She Said in its victory-against-all-odds narrative and in the shallow decision to age-down the characters to fit Mulligan and Kazan, it’s a solid recounting of the investigation that would irrevocably shake the film industry. The conclusion is perhaps guilty of implying that bringing down Weinstein meant bringing down misogyny itself, but it’s hard not to be moved when Kantor collapses into Twohey’s arms, overwhelmed by the knowledge that the survivors they met will finally have their voices heard.

Hollywood’s take on #MeToo has been patchy – let’s hope this isn’t another Bombshell.
3

Pedestrian in style but compelling and deeply moving at times.
4


May not stand the test of time but engaging and never sensational.
3

The post She Said appeared first on Little White Lies. 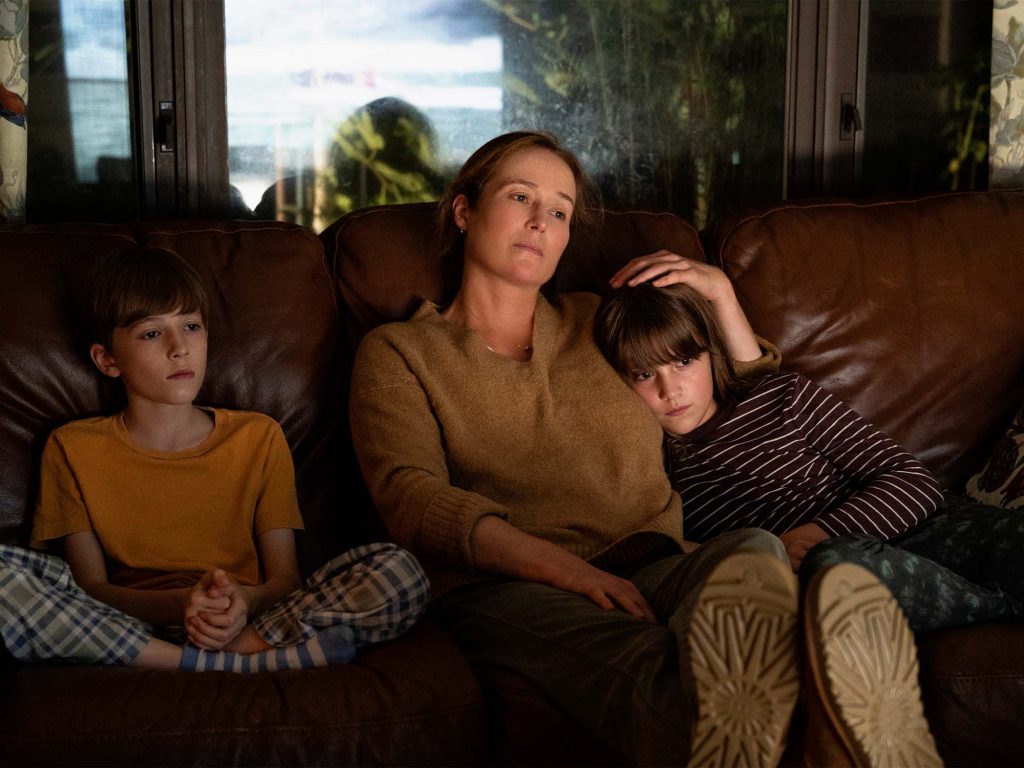