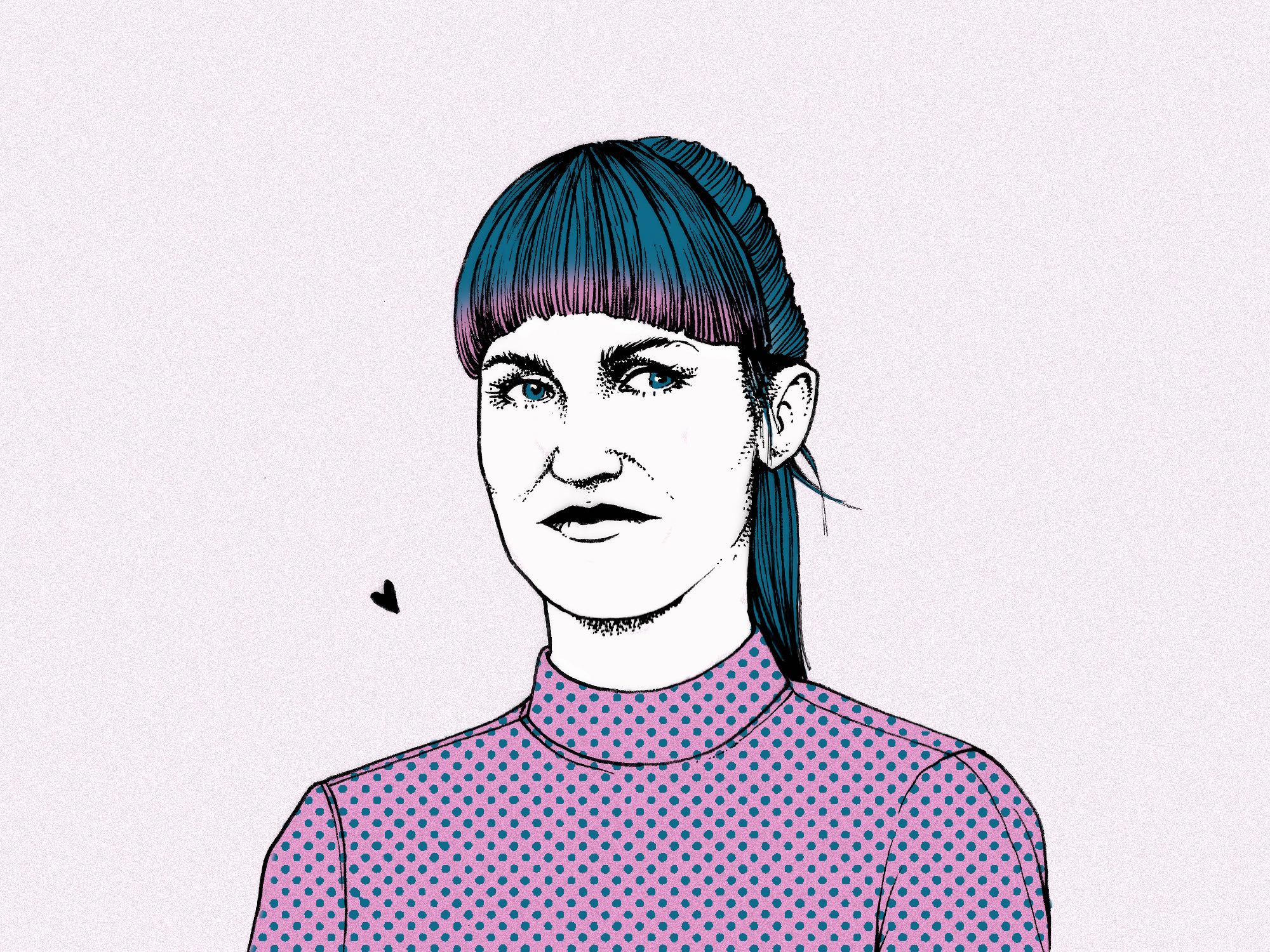 Australian director Shannon Murphy has spent decades honing her craft in theatre and television, but has finally made the leap to feature filmmaking. Her debut, Babyteeth, which premiered in a prestigious competition slot at the 2019 Venice Film Festival, is adapted from a play by Rita Kalnejais about the flighty teenage romance between Milla (Eliza Scanlen) and Moses (Toby Wallace) that comes with rather a lot of added emotional baggage, including the former’s terminal illness. The film, however, isn’t maudlin – it’s a breezy and ironic look at when life’s extreme highs and lows all occur in very quick succession.

LWLies: In interviews with writer/playwright Rita Kalnejais she describes Babyteeth as a story about how love undoes you and makes you honest. How did that idea resonate with you when making the film?

Murphy: What’s wonderful about that description is it strips the idea of when Milla is back right at bare bones, trying to reconnect to who she wants to be in this last chapter of her life. And I do think that she is able to be more brave when it comes to love and take more risks as a result of her situation. Moses is so electric and gets her to start operating on another frequency in a way that wouldn’t have happened otherwise. I believe in that statement and I think that’s what’s so wonderful about working with Rita – we have similar ideas of life and love and how to live and humour and of what it means to be a contemporary Australian storyteller, and also that both of our backgrounds began in theatre.

From my understanding, Rita had written the play which was being performed quite some time back. Did you ever see the play?

It’s funny because I actually started my theatre directing career at the theatre company where the play was on, but I missed that show. So by the time the script came to me it was seven years after the play and I didn’t want to read the play and I didn’t want to watch the archival video because I didn’t want to be influenced by it. But once I finished all my pre-production I did go back and read the play and what I loved about it were the title chapters. I just felt that they helped you move through time in a more interesting way and allowed it to play on memory but also the sense of not having to be prescriptive about what day it was, where she is in her journey, like finding it quite frustrating but the point is you have to move through. Also, to start off with something quite practical and then become familiar with her thoughts and then become poetic as her journey becomes more spiritual.

How do you know as a director when a screenplay is the right fit for you and your sensibility?

I read so many scripts that I know that it’s likely, because I’m not a writer, it has to have my voice without me having written a single word of it, so it’s a tricky fit. But I know immediately, because I can’t stop talking about it. I start saying outrageous things like, ‘I’m the only person who can direct this and this is my film’, and it’s like I develop a sickness. I can’t stop thinking about it. And I just then know that my next job is to try and convince whoever sent it to me that it’s the correct match. And it doesn’t happen a lot. I’ve been reading things non-stop since Babyteeth and it’s been really hard to find anything. So I think with film if you don’t like it, it’s only once every few years that you get something that you really like.

Yeah. But then that’s also when you might love something. Just recently I found something that I really loved and it involved quite a lot of famous people and I was intimidated, but then I was in that mode of like, ‘No, this is my film!’ And they didn’t agree. So they thought they wanted me and then they were like, ‘Mmm’ and we didn’t see quite eye-to-eye.’ And it’s alright now, I spoke to them I’d be like, ‘You’ve made a massive mistake, that was my film.’ You have to have that kind of thing in order to really take it and infuse so much of yourself and your creative ideas into it and to make it your own. It just takes a lot of gumption, I guess.

Is choosing not to write because you want to focus your attention on the other creative, directorial aspects of filmmaking or is it just something that you’re not comfortable with or not interested in?

I think it’s a symptom of coming from theatre, where as a director you don’t write a script very often. I grew up and developed my skills as a director working with so many amazing new Australian writers and I learned at NIDA [National Institute of Dramatic Arts] how to communicate with writers, which is something that I think people don’t do very well. And to foster what they do to get the most out of them. But I also think writing takes a lot of time and I love directing so much that I don’t want to take months and months or years out to write things just to then be able to direct them, I just like doing back-to-back directing jobs.

People talk about auteur theory and this idea of the director-screenwriter as the god of it all. But there are so many incredible filmmakers all throughout the history of classic Hollywood who never wrote, who just directed.

When I went to film school they honestly made me believe that you couldn’t be an auteur unless you were a writer/director. And until I made Babyteeth, and a few reviews called me an auteur, like I nearly fell over, I didn’t even know that was possible because that’s not what I had been told, and I thought, ‘Wow, that’s like a dream come true, I never thought that I’d ever be able to fall into that.’ But you’re right, and there are plenty of people in the past that I’ve looked up to that haven’t written either. I think it’s interesting how it has become this new idea that you have to do both, that it’s got to be your story that you tell. But the whole point of it is you’re entering these different worlds. I just love that – I don’t want to ever be labelled as this is what you do. I hope people can’t always recognise my work because I can shape-shift and find the story.

The film opens on Moses and Milla meeting on the train platform and it is this a moment of love at first sight. Could you talk a little bit about the challenges of capturing this pivotal, but at the same time very subtle, moment?

That scene was a really challenging day on the shoot because it’s at a train station, it’s on a weekend, we’re on a public platform, and there was a lot to do – we had a stunt, we had blood, we had so much set to happen. But also the fact that what you’re talking about is right, you only meet Milla for a very small amount of time and she’s got no dialogue before Moses literally explodes into her life, knocking her over. I think in order to capture a character and to understand who she is before you really go on this journey with her in such a short amount of time, it’s really unusual structurally for a story, you normally spend more time with them before you watch their transformation. And so to get Eliza’s performance to say so much in such a little space was something that we crafted through breath work and really cleverly with the look that we gave her. She had a wig on in that scene that looks like her real hair. And we had little freckles that we put on her to just give her more colour and life.

Was it the same with Moses?

Yep. We had to break Toby Wallace (who plays Moses) down because he’s a good-looking guy and I wanted him to look really messed up in his skin pigmentation and the tattoos and the shorts and the shirt. So there was a lot that went into visually just telling the story in that first opening scene. For me, what I wanted to do of course was respect so much of the subversive humour and tone that Rita has in there, so I love the idea that when he then tries to help her with the nosebleed. Even in the audition process I said just grab her and bring her all the way down to the floor with you, and we would laugh every time. And he was always so clumsy and so ridiculous, but it’s completely in character and perfect.

As someone who works in theatre, TV and film, are you going to be juggling all three of those disciplines in the future or has doing a feature actually made you hanker for wanting to do more of them?

It really has, I definitely want to make another feature. I mean, my next project is The Power with Sister Pictures who did Chernobyl in England. It’s based on the Naomi Alderman novel for TV. With theatre, I’ve been in theatre since I was seventeen so it’s an absolute love of mine, but now that I’ve switched over into TV and film I have to say I think it’s actually a medium I am definitely more suited to because I love the stress and the pace, and I think having directed on stage for so long, giving directions really quickly is something I love and can do. So I think I really want to make another feature.

The post Shannon Murphy: ‘At film school they made me believe I couldn’t be an auteur’ appeared first on Little White Lies.

The Australian director discusses her debut, Babyteeth, and why she’s perfectly happy making other people’s scripts.
The post Shannon Murphy: ‘At film school they made me believe I couldn’t be an auteur’ appeared first on Little White Lies. […]