By taking full advantage of her opportunities, Scarlett Johansson finds herself in some pretty elite Hollywood company. 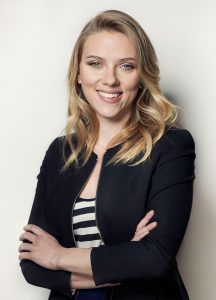 These days, Scarlett Johansson’s star couldn’t be higher. Not only has she spent the past couple years atop Forbes’ list for the highest-paid actresses, but her recent powerful performances in Jojo Rabbit and Marriage Story earned her rave reviews from fans and critics alike, including a well-deserved tour on the award circuit where she became just the 11th actor ever to be nominated for two Academy Awards in the same year.

With the 35-year-old’s reported net worth at a lofty $165 million, there is proof beyond a doubt that her widespread acclaim is based upon success, with the 2003 turn in Lost in Translation the starting point on a long road that has rarely seen the Manhattan-born star’s level of performance dip.

As Marvel films’ almost perennial box office success attests, the upcoming action spectacular, Black Widow, is set to endorse the worthiness of those career earnings further, regardless of how few might step foot into cinemas at present.

Not that it matters—indeed, Johansson movies over time have amassed more than $14 billion in box office revenue, something that puts her in the top 10 of the biggest-grossing box office actors of all time.

Away from the big screen, Johansson got engaged to her partner, Saturday Night Live, writer and comedian Colin Jost, in 2019. She has a 5-year-old daughter, Rose, with former husband and advertising agency owner Romain Dauriac.

The long-delayed Black Widow sees Natasha Romanoff flourish in her own spinoff on the film set in between the Marvel Cinematic Universe (MCU) releases Civil War and Infinity War, focusing on her own personal quests. It will be Johansson’s ninth and final appearance as the former KGB agent-turned freelance operative.

What has the switch from drama to action movie and Marvel Cinematic Universe brought to your acting prowess?
It’s made me realize that I need to stay active, healthy, fit and in shape, that’s for sure [laughs]! These Marvel movies are so tough on set. The moves in Iron Man 2 were the first bits of choreographed fight scenes I had ever done. I knew once they were under my belt that they were going to be the norm [laughs].

They are quite different to other genres of films that I had done before, obviously. But they have storylines, backstories, and it’s still a movie and you’re acting. So, you may be preparing for the role before you go on set each day, but you still have a script to read.

There’s a beginning, middle and an end and you have to always understand that there could be something down the line that you’re affecting, in terms of the MCU.

Once I was fully immersed in the role of Nat, I totally felt that I was her. I was thinking and acting like her—or at least like I thought she would be. That helped me totally for Black Widow because all of the fight scenes and sequences come from a deep and emotional place inside Nat.

So, everything that has happened previously in her life has affected her and what you see is the outpouring of emotion. Out comes anger, frustration, betrayal, broken trust or whatever she has been left to feel from the things that she has experienced on a personal level.

Obviously, for anyone who is joining these films in the middle of the storylines, it can be difficult to catch up.
[Laughs] Yeah, I guess so. Regardless of if people saw the previous films, Black Widow is a flashback movie, so it can be enjoyed as a stand-alone for those who aren’t aware of the films which have been released before it. However, as with a lot of the MCU and movies in general, nothing is chronological. They stand as their own entities and need to.

But I suppose there are also a few people—albeit surely not so many—who have read the comics and kind of know some of the backstories and the history of the MCU who may not even have seen the movies yet. Surely, not that many have done it that way around, I know. But there will still be one or two.

Anyway, Black Widow is more about everything that has gone on in Nat’s life and she is using that as a motivation and a release of tension to put an end to the personal quests that she is on. And my, does it really come to a head.

Along with the 68 credits on your acting resume, you’re also a mother of a young daughter. How do you find time to do that and be the ninth-highest-grossing actor of all-time?
With difficulty [laughs]! It is an exhausting, yet wonderful experience being a mother and bringing up a child. You can’t replace the irresistible amount of love that it brings and at times it can overwhelm me. Being a totally active mother in the early years of Rose’s life is something that can never be taken away and I will hold those memories with me forever.

Being active and always making sure I am there for my daughter was the best way of regaining the figure that I had before pregnancy and is still an amazing assist in staying in shape, all of the time. You’re never sitting still and it’s great—a brilliant way to burn off the calories and still have amazing fun.

Your home movies of when you were young are well-known now, with footage showing you singing and dancing. It’s like you always knew you would be in show business.
Oh absolutely, but every child fantasizes about going out into the world to do something incredible. It’s totally unnatural for that not to be the case—whether that’s a sports person, an actor, a train driver. I think that’s what I love about children—they have such a range for potential and optimism in their own lives. You will only ever see that sort of unrelinquished ambition in scriptwriters and authors! It’s like they have never lost that spark of childhood innocence and potential. I love that.

Ultimately, when I was young, I just made sure that I was enjoying myself. I was introduced to musicals and movies by my mom, who was a complete obsessive—in the right way—with film.

So, when you’re watching Judy Garland performances, singing along to Rodgers and Hammerstein musicals and knowing every single word, pitch and tone [laughs], and being immersed into those worlds all of the time, it’s no surprise where I have ended up in my life.

Those times in my life were just absolute heaven and I always dreamed of being in those movies myself or at least stage productions like those. I think wanting to be Judy Garland in Meet Me in St Louis and putting together song-and-dance routines for my family, helped me a great deal.

The passion was always there and because I loved what I was doing, I never ever felt like it was hard work, at all. So, I think it gave me an advantage the older I got, and the closer that then got me to fulfilling my dreams of working in show business.

You’re one of the few child actors who has overcome what seemed like a prolonged string of rejection to then finally become a fully-fledged success. It certainly wasn’t overnight success, was it?

Yeah, I have worked hard, and it sometimes feels that it has been a long time coming. But there are a lot of child actors who work hard through their teens and early adult life and it’s not like I’ve worked harder than they have. Sometimes it’s about the resilience and being in the right place at the right time and having the right fit for your acting style.

Look, there’s so much luck, and because there are so many different productions and projects going on just in Los Angeles and Hollywood—especially when you’re a kid—that you can always feel like you have a chance to get the next part.

The first time you get rejected it’s a killer, it really is. I mean before any of the acting auditions came along, my brother got selected for a talent agency ahead of me and I cried for days and I thought everything was all over. Obviously, it wasn’t, but you don’t see the bigger picture when you’re 7 years old!

So, the more I auditioned and the more I got rejected, I just learned that that was what happened. Because there were so many kids auditioning and you couldn’t get all of the parts. It’s just that I wasn’t getting any of them. But I started getting more confident and I am so competitive, that I brushed off the disappointment and went for the next one.

It’s certainly made me a stronger person and rejection in later life is relatively easy because you know that there is always something more afterwards. One thing lost is never the last thing available.

Do you look at the film industry the same way now that you used to?
No, I have a much deeper understanding of the complexity of my job and its possibilities, now more than ever before, just from the variety of the work that I have done and the time I put into it. They say 10,000 hours is what makes you good at something—well, I put like 100,000 hours in!

I am so inspired by my job and understand it in a totally different way; it’s evolved over time, I’m interested in different things, I can imagine someday teaching acting classes. I like collaboration and working with young actors. I love the collaborative experience of working with a cast and I think I can appreciate other people’s strengths and weaknesses in a way that I hadn’t before.

By taking full advantage of her opportunities, Scarlett Johansson finds herself in some pretty elite Hollywood company. These days, Scarlett Johansson’s star couldn’t be higher. Not only has she spent the past couple years atop Forbes’ list for the highest-paid actresses, but her recent powerful performances in Jojo Rabbit and Marriage Story earned her rave […]