To label Satyajit Ray merely an ‘auteur’ would be to put a cap on his multitude of talents. A giant of world cinema (figuratively and literally; he stood at six feet four), he frequently indulged in fiction writing, film criticism, publishing, calligraphy, illustration, graphic design and music composition. In fact, Ray came up with the idea for his first film, 1955’s Pather Panchali, when he was illustrating a children’s book of the same name.

He is known predominantly as an image-driven storyteller due to his phenomenal scene compositions and owes much of this grace to his storyboard creation phase. Ray spent a huge amount of time painting his scenes, sketching various components, and coming up with character and costume designs. Even the posters he created for his films showcased his prowess as a graphic artist.

But music was Ray’s first love. Raised in a family of musicians on his mother’s side, he was exposed to Indian and Western classical music from a young age. He played several instruments and had a keen sense of rhythm. During the early part of his career Ray’s films were scored by some of India’s greatest classical maestros; it was with 1961’s Teen Kanya that Satyajit Ray ‘the music director’ was born.

One of the reasons for plunging himself into music composition was the unavailability of his preferred musical collaborators, owing to their busy touring schedules. But the primary reason was, by his own admission: “I do not work with professional composers anymore because I get too many musical ideas of my own, and composers, understandably enough, resent being guided too much.”

The composers Ray was alluding to were Vilayat Khan and Ali Akbar Khan, who scored the music for Jalsaghar and Devi, respectively. Both composers accused Ray of excessive interference, and Ali Akbar Khan even expressed doubts over the director’s knowledge of Indian classical music. However, Ravi Shankar, who composed the music for The Apu Trilogy and Paras Pathar, frequently stated that Ray was the greatest filmmaker he had worked with. Perhaps, by doing the music for all his films post-Devi and not relying on any other composer, Ray was trying to prove a point.

Ray believed that music should be congruous with the sensibility of a film. Therefore, he would start working on the music at the script stage, ensuring that the story and score evolved in tandem. He would keep notes of his musical ideas as they developed, carefully writing down the music either in Indian or Western notation depending on the musicians he was working with. Initially he composed his scores on the piano; for the background music he generally used violins, cellos, double bass guitars and an assortment of Indian percussion instruments. Starting with Teen Kanya, every Ray film had theme music which would often underline the central narrative.

The use of music in Ray’s films was born out of necessity. He was an admirer of European filmmakers like Ingmar Bergman, who used music sparingly in his films. “If I were the only audience, I wouldn’t be using music. I have always felt that music is an extraneous element, that one should be able to do without it, express oneself without it,” he said. In the 1984 documentary Music of Satyajit Ray, the director explains, “We [in India] still use music partly out of consideration for the audience. [Otherwise] the less intelligent audience would not be able to comprehend the mood.”

Ray’s biggest departure in terms of musical sensibility came in 1969’s Goopy Gyne Bagha Byne. Up until then he had used music discreetly. Catering to younger viewers, the film features nine songs with music and lyrics written by Ray. In 1984’s Ghar Bhaire, Ray experimented with mixing Western and Indian music elements to complement the influence of both cultures on the film’s characters. This was the first time that Indian and Western classical music had been fused in Indian cinema. In his final film, 1991’s Agantuk, Ray even lent his baritone to the score, singing a few lines.

Ray was sought after by many filmmakers for his musicianship. He scored many documentaries and feature films, including James Ivory’s Shakespeare Wallah in 1965. Wes Anderson used several of Ray’s original compositions in The Darjeeling Limited. The iconic ‘Charu’s Theme’ from 1964’s Charulata features repeatedly in Anderson’s film. French composer Maurice Jarre once called Ray’s music haunting and soul-stirring at the same time. It’s no wonder his films and his music continue to enchant audiences.

The post Satyajit Ray at 100: The musical genius behind the auteur appeared first on Little White Lies.

The famed filmmaker was also a gifted composer, often blending Indian and Western classical music.
The post Satyajit Ray at 100: The musical genius behind the auteur appeared first on Little White Lies. […] 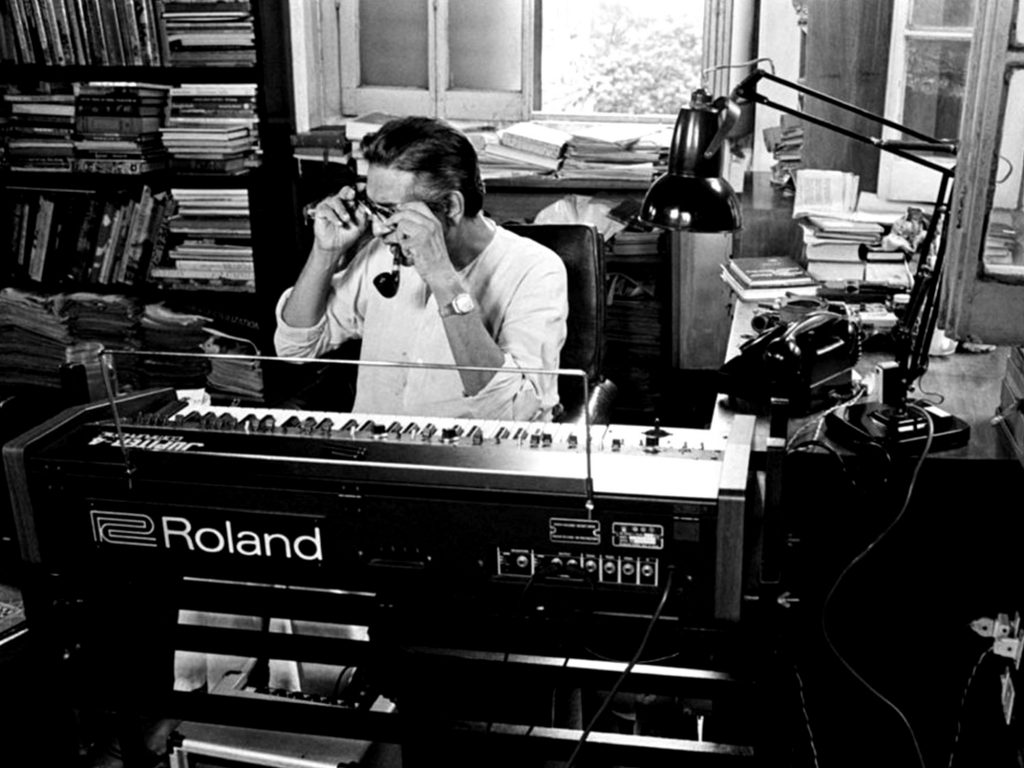