The idea of measuring time in centuries has always made me anxious. There’s too much that can happen in a hundred years: mountains shift; atomic bombs detonate; angry men wage wars while heat packs into the atmosphere like grease under a pot lid; disco happens. How can 1901 and 1999 possibly be categorised under the same banner? How can 2001 and 2099?

It’s strange to think that a hundred years ago, at Carnegie Hall in New York City, a film was dropped into the public consciousness, and some 99 years later it fell into mine with similar fervour. It’s strange to think that in that film, amid tear-yanking sequences of fallen angels and destitute children, I’d be most affected by a brief and innocuous breakfast scene.

Charlie Chaplin’s first feature-length directorial effort, The Kid, is described in its opening title card as “a picture with a smile – and perhaps, a tear.” The film is a kind of Dickensian love story that follows the Tramp (Chaplin) as he raises an orphaned boy he finds on the street (Jackie Coogan, tiny and remarkable).

To get by, the Kid flings rocks through people’s windows and flees just as the Tramp arrives at the scene, serendipitously equipped with the tools to fix them. Fistfights with neighbourhood bullies and a visit from a doctor then lead to the damning discovery that the Tramp unofficially adopted his child. Somewhere in between pulling schemes and becoming fugitives, they eat pancakes for breakfast.

A meal is rarely ever a meal in Chaplin’s world. In Modern Times, a malfunctioning feeding machine uses cake and cobs of corn to mock industrial capitalism. The Gold Rush spins tragedy into comedy by having the Tramp tuck into a dinner of boiled boot and shoelace spaghetti. Food becomes an eye-catching and malleable device that foregrounds suffering as much as it does comedy. But in The Kid, pancakes are exactly what they are supposed to be: pure, sugary joy.

The boy cooks them eagerly, messily spooning batter into the pan while tearing off and eating bits from the stack. The Tramp meanders from the bed to the table, wearing a torn blanket like a giant bib. A tower of pillowy flapjacks is flanked by a tin of Karo syrup and two tall squares of butter. The Kid licks his knife while the Tramp assembles a doughy, fist-sized bite that we never get to see him eat. They sit, and pray, and in one swift cut, they’ve wiped their plates clean.

Sadly, the word ‘pancake’ appears approximately zero times on The Kid’s Wikipedia page, or on any major sites’ analyses of the film. That breakfast is a small but necessary moment whose warm contributions to the work are massively overlooked. Not only are those cakes a momentary exhale from the heft of getting by, but the very act of cooking and eating them seamlessly illustrates the Tramp and the Kid’s relationship: not strictly paternal, something more pronounced than friendship, both and neither all at once.

The little one cooks, the bigger one reminds them to say grace before eating. The big one counts the pancakes to make sure they have an equal number; they don’t, so the big one splits one in half. They take care of each other. In briefly leaning away from slapstick, the film becomes all the more human – embracing a domestic leisure rarely granted to poor characters on screen. If their forced separation is that forewarned tear, then the pancake scene is the smile.

We may be a hundred years removed from the Tramp and his wide-eyed child, but I can still see them with whetted clarity: they’re patting their bellies and we’re there too, all convened in that small room, pouring batter into hot skillets.

Charlie Chaplin’s debut feature as a director contains a brief moment of luxury in a film marked by scarcity.
The post Revisiting The Kid’s pancake scene 100 years on appeared first on Little White Lies. […] 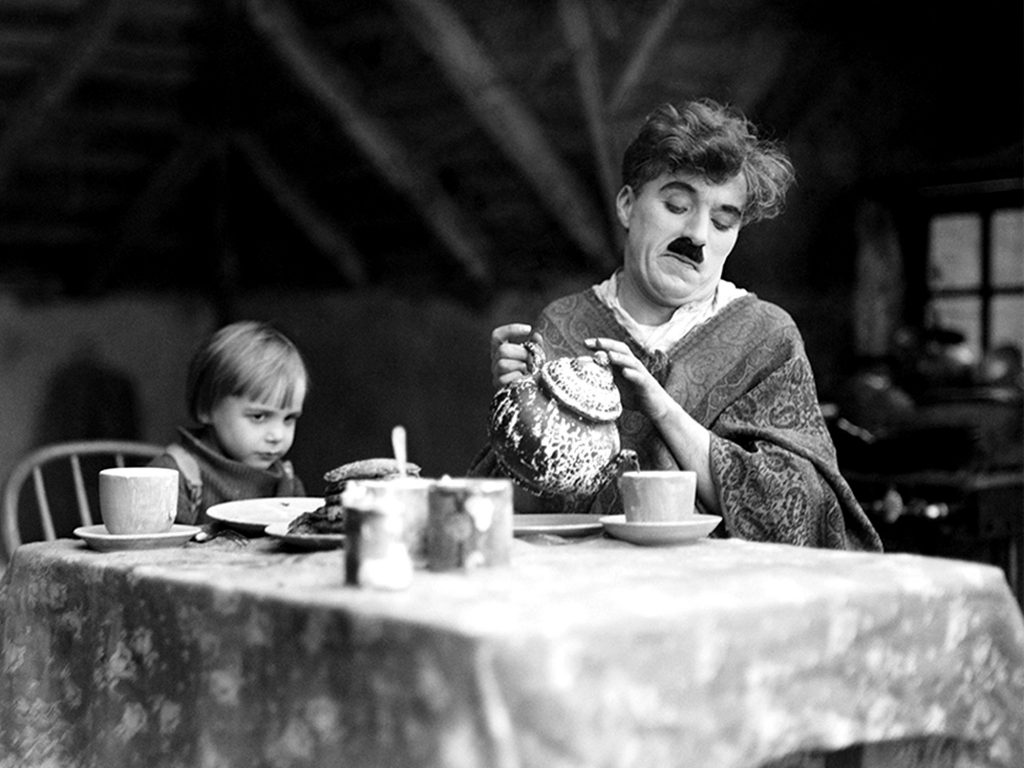