Matriarchy is a haunted house in this psychological horror about memory, aging and empathy. The debut feature from Japanese-Australian filmmaker Natalie Erika James, Relic explores the fear and shame allied to Alzheimer’s disease – an interior condition here rendered visible, visceral, in the form of a weatherboard house mottled with black mould. Inside, three generations of women exorcise their grief, tethered by familial bonds and the question of genetic destiny.

When elderly widow Edna (Robyn Nevin, The Matrix franchise’s Councillor Dillard) vanishes in leafy regional Victoria, her tetchy daughter Kay (Emily Mortimer) and lax granddaughter Sam (Bella Heathcote) call upon the family manor, searching for its AWOL matriarch. Then, as mysteriously as she disappeared, Edna returns, marked by dark bruises, missing time and distressed with a menacing presence in the house.

Dank, heavy and pallid, Relic is Australian Gothic. That said, it resists the canon’s typically colonial worries about dangerous bushland (and, by extension, that land’s first peoples). Instead, it centres on traditional Gothic fixtures like ‘home’ and ‘family’ to tell this tale of moral obligation.

Relic is an exercise in control and denial. As Edna’s health deteriorates, the story unfolds mostly from Kay’s point of view, hinging on her role as a carer learning to nurse a parent, just as that parent once nursed her. Edna, on the other hand, becomes more Other than mother.

Gradually eking out crucial backstory, James and co-writer Christian White create a clammy likeness of family dynamics: it’s never quite clear whose perception – if anyone’s – is untouched by guilt, dread and indignation. This ambiguity echoes the destabilising nature of neurological decline. One claustrophobic sequence even traps Sam within the house’s walls, blurring her spatial and sensory processing abilities, forcing the young woman to enter her grandmother’s headspace.

The house itself is plagued by brown and green mundanity, laden with such cottagecore horrors as wallpaper, carpeting and drapes. Textures like wool, velvet and paper speak to plush creature comforts, but everything organic must eventually break down. To that end, a pretty leadlight window becomes an awkward MacGuffin, linked to a great grandfather’s degenerative illness (and its spectral/fungal repercussions).

When the third act tips from messy into monstrous, Edna’s decaying body could be leveraged as a site of perverse fascination, or abject disgust. Kay takes pains to assure her daughter that the old hag terrorising the house is no longer the nanna they knew and loved. So there’s an unexpected tenderness to the bizarre finale, in which Kay performs something akin to last rites on her mother’s soiled form, stripping back layers of family mythos for one last – or maybe first – look at the person inside.

Gran’s memory palace has succumbed to a moth-eaten cosmos. Her successors can finally go home again, for the time being.

That finale will live in my mind rent-free in perpetuity.
4


An earth-toned ghost story about the ravages of time.
5 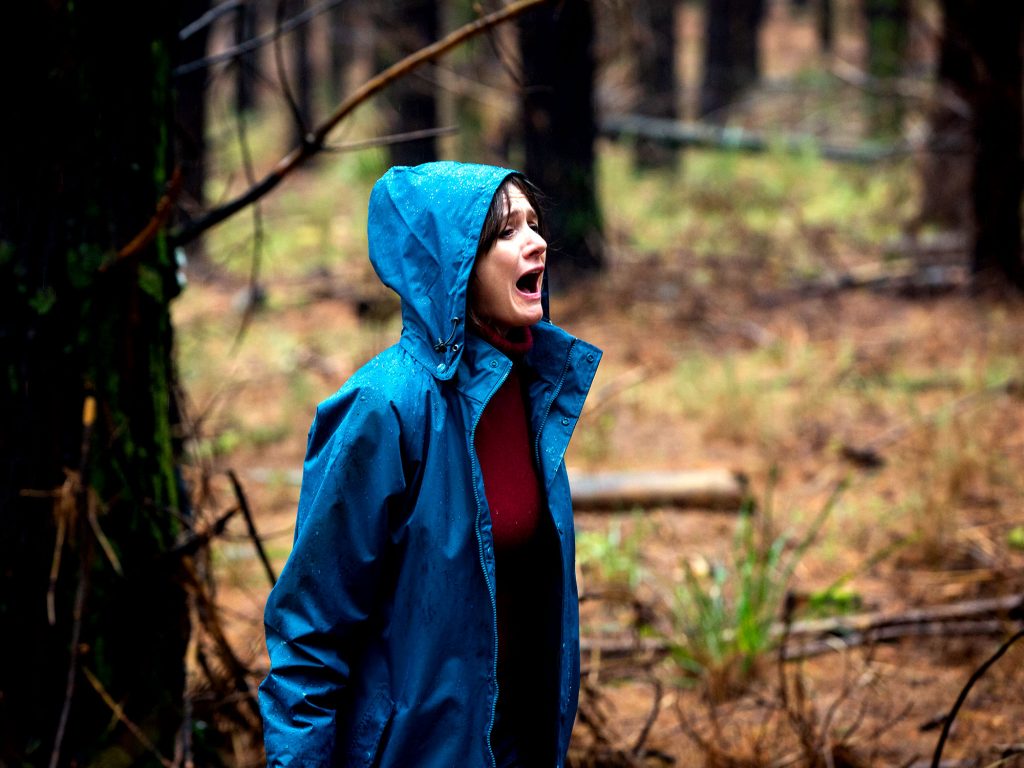