Rob Thomas shows no signs of slowing down as he returns to the spotlight with his fourth solo album and a new tour.

When Rob Thomas first popped up on the music scene in the early â€™90s as the frontman for Matchbox Twenty, the industry was in a much different place. Record stores were thriving as fans regularly lined up to purchase cassettes and CDs, MTV still played videos, online streaming didnâ€™t exist and people couldnâ€™t print their concert tickets at home. 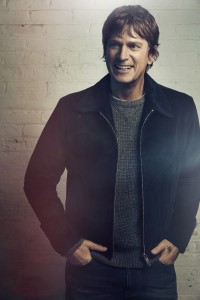 In todayâ€™s world, vehicles like YouTube, SoundCloud and more are helping create the new faces of popular music. Regardless of the wholesale changes that have completely altered the way music is made, distributed and consumed, Thomas remains on top of the game. In late April he released his fourth solo album, Chip Tooth Smile, his first since 2015, and is embarking on a North American tour that swings through Hard Rock Live on July 3.

Of course, Thomas is no stranger to Orlando, having spent parts of his admittedly rocky childhood here. His home life was far from stable thanks largely to an alcoholic and sometimes abusive mother. All of this drove him to dropping out of Lake Brantley High School his senior year and spending some time traversing Florida and his native South Carolina, often sleeping on the streets and spiraling into dark times.

Despite the turmoil in his life while he was living in Florida, Thomas still holds fond memories of the better times, including playing gigs around town at places like the Sapphire Supper Club during the earliest day of Matchbox Twenty. Itâ€™s a big reason why he looks forward to the upcoming show.

â€œWhen we were coming out of Orlando, we were playing just as much in Tampa and a little further south. Whenever you come through Florida, itâ€™s nothing but old friends and people you want to show you are OK; that you made it,â€� says Thomas.

Thereâ€™s no arguing that Thomas has indeed made it. Through the group and his solo efforts, heâ€™s contributed to sales of more than 80 million records, has previously been crowned Billboardâ€™s â€œSongwriter of the Yearâ€� and won three Grammys for his chart-busting collaboration with Carlos Santana on the song â€œSmooth.â€�

In the rare instance when heâ€™s not writing music, Thomas dedicates his time and energy to Sidewalk Angels, a foundation he created alongside his wife Marisol. The organization has found great success assisting no-kill shelters and animal rescues across the country and it continues to grow its roots.

During a break from tour rehearsal, Thomas spoke to us about his excitement to play the new songs live, finding success when you least expect it and why heâ€™d never want to work with Bono.

Q&A
So you have the new album and this tour; how excited are you to get back out on the road and play some of these new songs?
I canâ€™t wait. Touring is always my favorite part. You do everything to get out there and play and share this moment with people. I was out on the road four of the last five yearsâ€”every summerâ€”and last year I didnâ€™t go out and I felt like I hadnâ€™t done anything. And my wife said, â€œYou know, youâ€™re crazy. You made a record, thatâ€™s what you did.â€� And I was like, oh, I forgot, I did work this year.

You were staying busy.
Always.

What can fans expect at the shows? What kind of experience are you hoping to give them?
I think a show is only dictated to be as good as whatever the music is. We are lucky; we have essentially 20 years of music. We play a little Matchbox Twenty, but this is my first solo record since 2015, and so there are different styles of music. Each night can be a little bit different for people who are coming to multiple shows.

And this band, with the exception of a couple people, has been the core band since 2004. These guys are monsters, just great players. If we donâ€™t feel like the night was 100 percent joy, we didnâ€™t do our job; we are in the service industry. 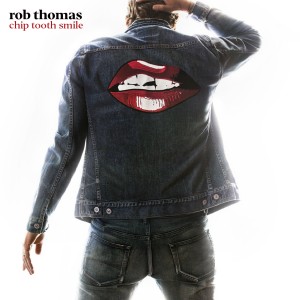 Your new record has a great balance of up-beat tunes with sort of triumphant lyrics interspersed with more melodic numbers that have a sort of vulnerability to them. How has your creative process changed over the years when it comes to making new music?
I think with the writing process, very little has changed. If anything, the times I feel like Iâ€™m doing it right, Iâ€™m doing it the same exact way as when I did our first Matchbox record. The information is so much broader now and Iâ€™m 47, not 25, so my craft has gotten better and the things Iâ€™m writing about are more succinct and not that â€™90s angst or whatever. You just keep writing the way you did that feels true.

Your time spent growing up in Orlando was rough, but do you still have any fond memories of the area?
Yeah, of course. The one thing that was happening thereâ€”whether I would leave and hitchhike up to South Carolina for a while or go to New Smyrna and live on the beach for a few daysâ€”whenever I was down, I had friends that were helping me out.

And when [Matchbox Twenty] started out in 1992, it was a real scene then. It was a bunch of bands that knew each other, just a really good scene. [Bands like] Shock Lizard, Big White Undies, Seven Mary Three; there was a lot of camaraderie. Some of my favorite times were being part of that world.

Do you look at Orlando as a hometown gig of sorts? Do you try and bring something a little extra special on those nights?
I think so, even with Florida in general. I have lived in New York now longer than anywhere else in my life, but you always come from where you come from. For me, itâ€™s Orlando and South Carolina, two places. I feel like this is where everybody remembers you. We were a local band [in Orlando] and it was a small group of people that watched us cut our teeth.

You and your wife started your own charitable foundation, Sidewalk Angels. Why does the cause mean so much to you?
Itâ€™s just because itâ€™s all homegrown, all in-house. Itâ€™s me, my wife, and her mother and weâ€™ve raised millions of dollars and saved hundreds of thousands of animals. Weâ€™ve built shelters, created medical assistance and rescues all over. And itâ€™s my familyâ€™s passion for it that has kept everything going. And itâ€™s the fans. â€¦ We see just as many in Sidewalk Angels T-shirts as we do in Matchbox Twenty or Rob Thomas T-shirts.

Your son is sort of following in your footsteps and becoming a musician in his own right, that must be fun for you to watch.
Yeah, it really has. Itâ€™s funny; he just sent me a new song he wrote that he wasnâ€™t sure about. I listened to it and gave him my advice. But I also sent it to my label and didnâ€™t tell them who it was, just to get feedback. Iâ€™m trying to be there for any info, but unsolicited. I want to let him make the mistakes he needs to make and find out things in the same way I did.

A few years back, your wife had a health scare and had to have brain surgery. How did that experience strengthen the bond between you two?
We met 21 years ago today. So a couple of years ago, when she had brain surgery, that was a separate thing from everything else she has. She has a couple of tick-borne diseases and an autoimmune problem, so itâ€™s a lifelong thing of ups and downs. But we appreciate the good days and understand how special they are.

â€œSmoothâ€� is 20 years old now. Looking back, did you ever envision the song blowing up the way that it did?
No. My wife knew, she told me immediately this is going to be really big. But neither Carlos nor I knew that. The funny thing is last night Carlos texted me out of nowhereâ€”heâ€™ll send me a review [of his] and Iâ€™ll text back, â€œWhat, are you bragging?â€� And heâ€™ll say, â€œYeah.â€� Itâ€™s a great friendship that came out of it. 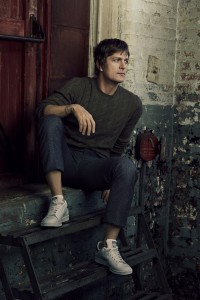 Over the course of your career, youâ€™ve not only worked with Santana, but other heavyweights like Mick Jagger and Willie Nelson. Is there anyone you havenâ€™t had the opportunity to work with who is on your wish list?
I donâ€™t know, after Willie it would just be greedy to ask for anyone else. I love my first solo record because I got to work with my musician idolsâ€¦ [people like] Mike Campbell from Tom Petty and the Heartbreakers. For me, thatâ€™s what itâ€™s about now. I donâ€™t want to work with Bono, I want to work with The Edge, so for three-and-a-half minutes I get to be Bono.

Is there any new music that you are fond of these days?
I really like My Morning Jacket, so the new Jim James record is pretty great. Big Father John Misty is really good. I like The Head and the Heart a lot; they are a really good band. I gravitate toward the songwriters.

The music business has evolved so much since you broke in. Do you envy how musicians these days are able to instantly connect with fans and sort of do things on their own?
I donâ€™t know that I have what it takes to be the entrepreneur you have to be now if you want to get yourself out there. But out of all this, they have a chance to have a career. [But] then you have to start to figure out what is going to be the vehicle to get the new superstars of tomorrow out there.

So you have the new music, the tour, your charity work; is there anything else that you are working on you can tell us about, anything on the horizon?
Right now, itâ€™s fully about the touring. Iâ€™m looking forward to shutting down the house, grabbing the family and going out on the road for a while, being on a working vacation. Once it gets its own legs, weâ€™ll start to figure out what the new Matchbox stuff will look like.

Rob Thomas shows no signs of slowing down as he returns to the spotlight with his fourth solo album and a new tour. When Rob Thomas first popped up on the music scene in the early â€™90s as the frontman for Matchbox Twenty, the industry was in a much different place. Record stores were thriving [… […]