Our Eternal Summer is the latest addition to the ever-growing canon of European coming-of-agers, but one that adds an unexpected layer of emotional torment to the well-trodden genre. In French writer-director Émilie Aussel’s poised debut feature the dreamily tranquil, crystal clear ocean of the Mediterranean town Marseille becomes a place of nightmares overnight.

In the summer after high school exams but before university, the inseparable Lise and Lola (newcomers Agathe Talrich and Marcia Feugeas) join a bunch of their friends to live out the summer of 18-year-olds: languid beach days are spent watching the sun rise and fall with no care for the days blurring together. That is until Lola’s future is washed away when she agrees to one last evening swim. She plunges into the dark ocean abyss and never resurfaces.

The numbness that comes with the suddenness of grief is hard to visualise, and yet in Aussel’s still and distant shots of the friends the following morning, no words are needed to convey how they are coping. That once confident, youthful self-assuredness they shared is now as secure as the sand that slips through their fingers. It is here, as shock permeates the frame, that Aussel’s film begins its most interesting investigation: not only that of grief but how one rebuilds themselves in the wake of loss.

Some of the group want to leave the town, while others refuse to get out of bed. But for Lise, Lola’s closest friend, the devastation is all-consuming. She retraces her footsteps to the beach where she observes other holidaymakers continuing with their lives, infuriatingly unaware of the knee-buckling pain that pierces her heart. To survive, she sheds her old skin like a reptile, distances herself from her peers, and rids herself of the reminder that she is missing a best friend.

Anchored by Agathe Talrich’s quietly adroit performance, Aussel smartly utilises her lead actor’s vacant expressions as they succumb to debilitating waves of grief. Aussel’s close-up shots of Lise’s dimpled smile, sunkissed cheeks or her biting back tears are harrowing, capturing her protagonist floating in a sea of emotion with no control over which way the tides will take her.

It is not only in close-ups where Aussel astutely taps into bereavement; the director also utilises documentary-like talking head framing where characters sit before the camera in deeply revealing confessionals. Blurring the line between reality and fiction, Aussel hones in on what it is to lose someone as an adolescent in sequences that are stripped back conceptually but pack an emotional punch.

A pivot into performance art, including an attempt to perform an exorcism of sorrow, takes the wind out of Our Eternal Summer’s sails for its final act. They say time is the greatest healer, but with a 72-minute runtime where memories of Lola are haunting while the sun keeps shining, the reflective coming-of-age drama feels both fleeting and sluggish. I suppose that dichotomy, too, is indicative of navigating the endless dimensions of grief.

There’s been some buzz around this 2021 festival title.
3

Escapes cliché with its unexpected depths.
4


A quietly moving portrait of grief in adolescence.
3 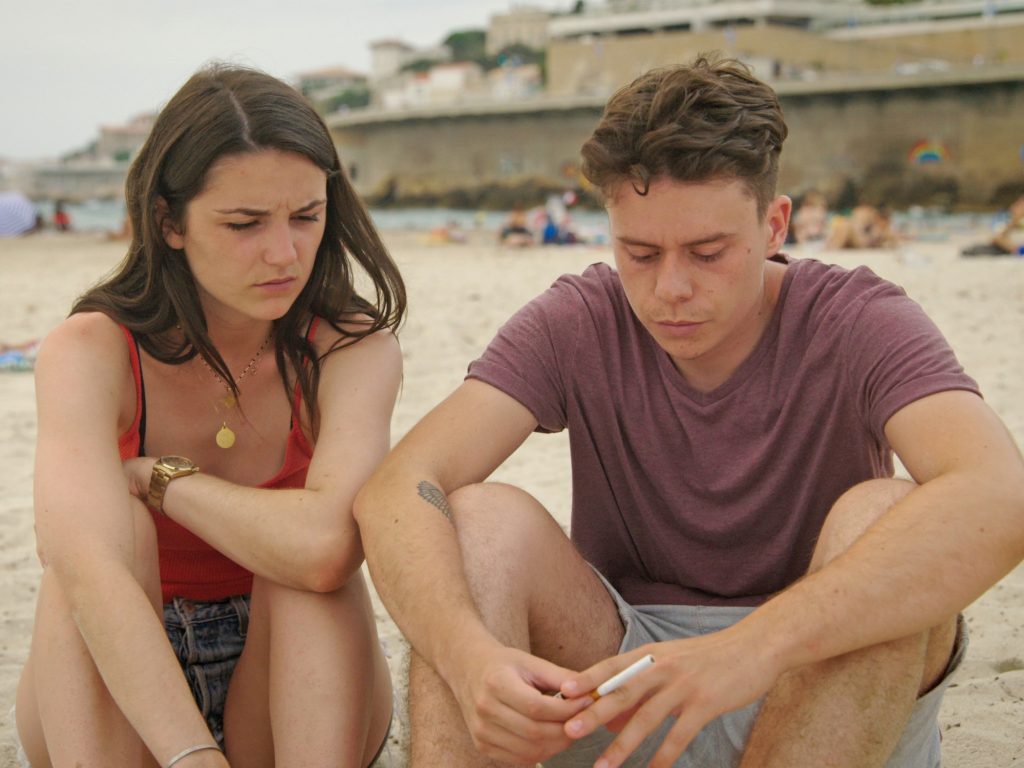