It is a truth universally acknowledged that Black people love trainers. This is something so pedestrian that to even examine it seems inane. However, Yemi Bamiro’s ingenious documentary is both a love letter and a cautionary tale about the African-American community’s complicated relationship with Air Jordans.

With audaciously cool ’90s graphics the documentary looks at Nike, once considered the poor step-child of the sportswear world and its collaboration with the then college basketball player Jordan. Following a period of excruciatingly uncool endorsement deals with Converse by the stars of the time (Magic Johnson, Larry Bird and Kareem Abdul-Jabbar) Nike were looking for something different to launch them into the same league.

The reality that they astutely recognised was that “black people” as sports writer Janelle Hill puts it, “since the beginning of time have always made things cool. Jazz, Rock’n’Roll, literally anything from a cultural standpoint we have always been the arbitrators of cool”.

There was huge power for the African American community to see a global brand associated with the godlike Jordan as opposed to the servile Aunt Jemima and Uncle Ben. By selling Jordan as an aspirational individual, rather than as part of a team, and by bringing on budding auteur Spike Lee to direct the commercials, we witness a perfect storm of sportsmanship, creativity and commerce. It is a triumph of David over Goliath if that story was in fact about amoral sportswear corporations.

Having established the extraordinary and fascinating path to the success of the Air Jordan brand, the documentary asks itself, as well as the audience, some all together more uncomfortable questions. Was a 6’6” black man like Jordan only marketable to white people because he never stood up for civil rights? How did the use of cocaine by NBA stars contribute to the mass incarceration of black men? Why does Nike commodify social justice? And, most importantly, is Air Jordan’s model of hyper marketisation combined with a sales strategy of never meeting demand responsible for the murder of dozens of young black men, women and children?

The film is keenly aware that these are not simple questions to answer and trusts the viewer to make up their own mind upon being presented with detailed and occasionally conflicting opinions.

This documentary builds on its innocuous premise to create a film that is intelligent, nuanced and fascinating. Jordan acts as both a hero and a Trojan horse for rampant consumerism. Bamiro brings a dynamic, insightful analysis to the impact of Air Jordans on the consumer market and, in turn, tells a profound story the African-American experience as seen through the filter of capitalism.

A good buzz out of LFF but can trainers really maintain a full documentary?
3

Edited and composed with such style and imbuing this story with unexpected depth.
3


Another fascinating chapter in the Michael Jordan story.
4

The post One Man and His Shoes appeared first on Little White Lies.

This intriguing documentary explores the intersection between African American culture and basketball sneakers.
The post One Man and His Shoes appeared first on Little White Lies. […] 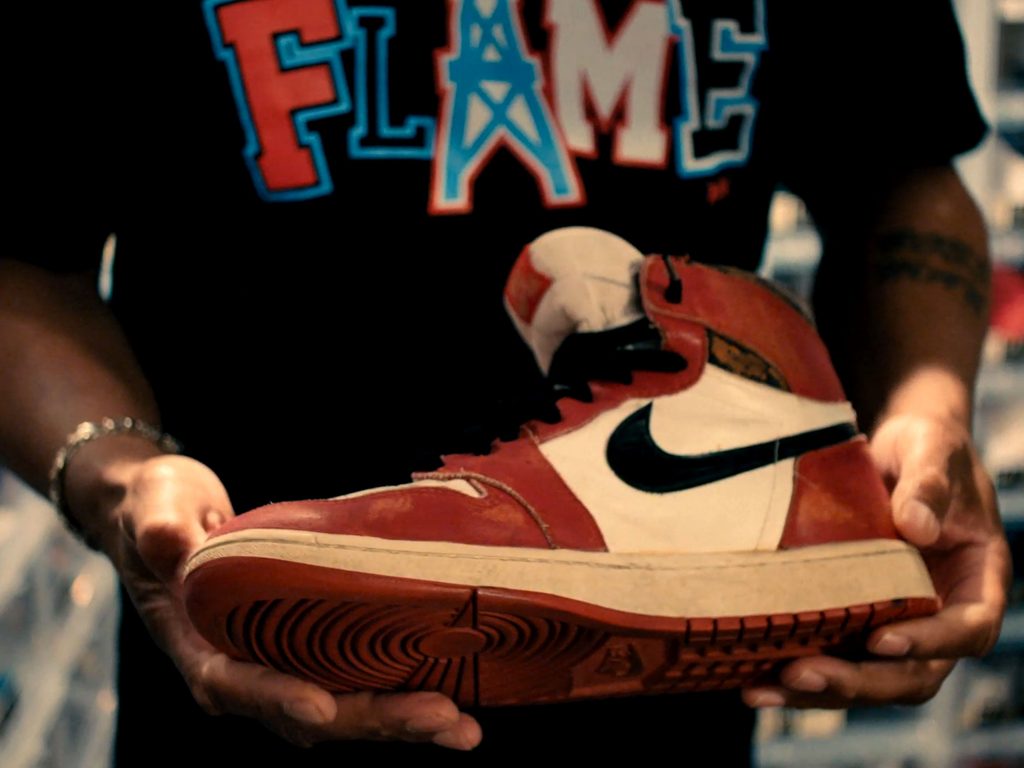