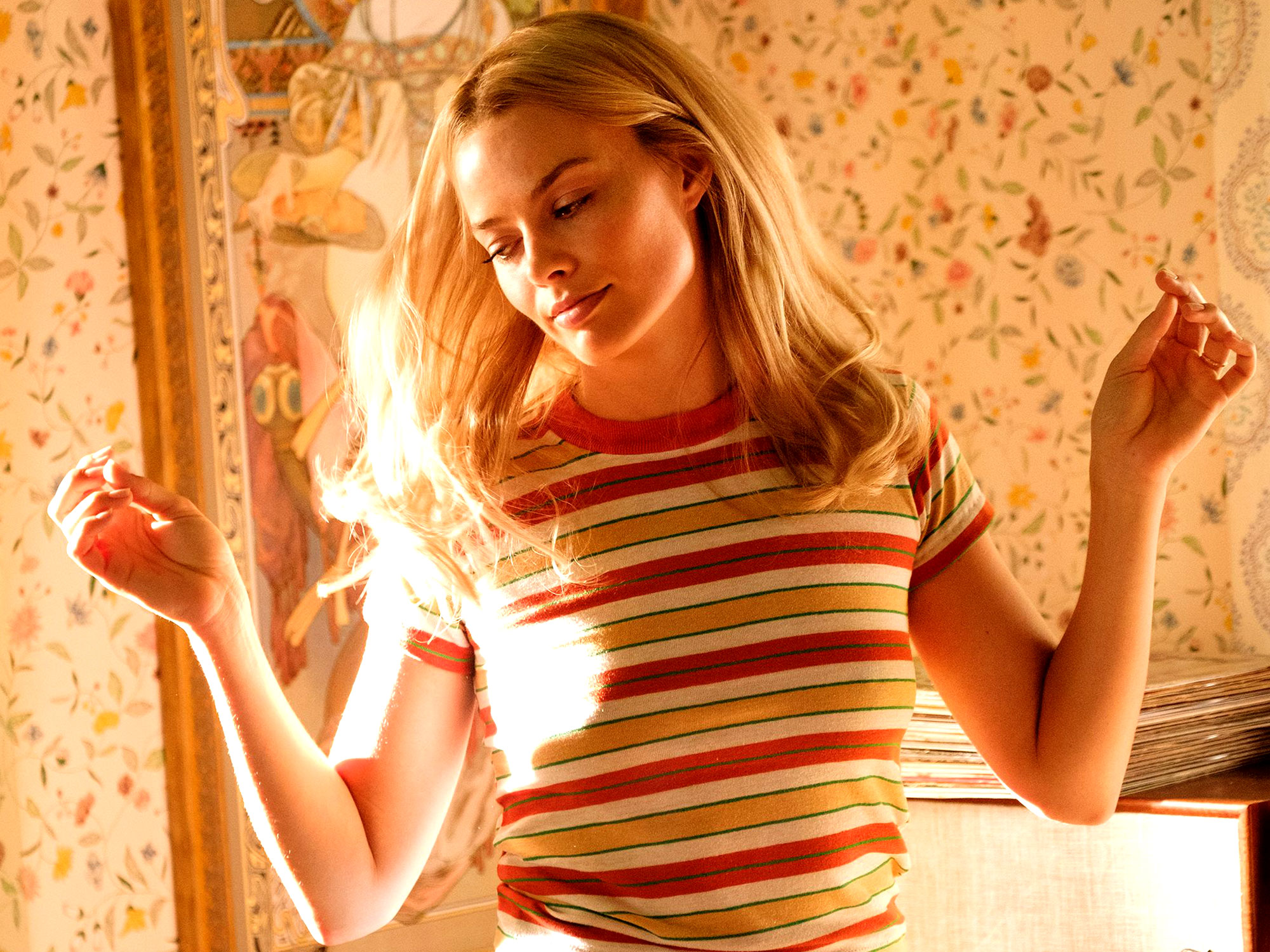 When Quentin Tarantino announced his intention to make a film about the Manson Familyâ€™s exploits in the summer of â€™69, the film world took a sharp intake of breath. Fair enough: itâ€™s not as if QT is known for his nuanced approach to delicate subjects. Following the casting of Margot Robbie as Sharon Tate, Once Upon a Time… in Hollywood always had the potential to go up in flames. So it does, in a sense â€“ but as the towering face of Shosanna Dreyfus in Inglourious Basterds proved, burning celluloid isnâ€™t always a bad thing, and Tarantinoâ€™s ninth feature is his most pared back, thoughtful and seemingly personal work to date.

Reuniting with a whole host of regulars, Quentin comes in from the cold of The Hateful Eight, returning to the sun-bleached streets of Los Angeles. Ageing TV actor Rick Dalton (Leonardo DiCaprio) laments the fact his star is on the wane to his loyal best friend/lackey/stunt double Cliff Booth (Brad Pitt). Despite a potentially lucrative offer to move to Italy and star in spaghetti westerns, Dalton is attached to his Hollywood dream. Suffering a crisis of confidence, heâ€™s forced to weigh up his options, while Cliff encounters the flirtatious underage hippie Pussycat (Margaret Qualley), who introduces him to her â€˜familyâ€™, living out of town on the Spahn Ranch. Sheâ€™s particularly keen for him to meet â€œCharlieâ€�.

Ahead of the filmâ€™s Cannes premiere, Tarantino published an open letter to those who would be watching it at the festival, asking them to refrain from revealing any details of the plot ahead of its release in the summer. What a strange request to make â€“ it plays out much in the same way that all Tarantino films do, and as such, if youâ€™ve seen any of his previous work youâ€™ll probably see whatâ€™s coming a mile off, but the joy of Once Upon a Time… in Hollywood isnâ€™t in the obligatory payload. Thereâ€™s no punchline to this QT joint: itâ€™s entirely sincere.

Other hallmarks remain (a groovy jukebox soundtrack, mischievous wit, gratuitous shots of womenâ€™s feet) but the story is more intimate. Dealing with Americaâ€™s collective loss of innocence and the fear of remaining relevant in an ever-changing world, you begin to wonder how much of the film is Tarantino working through his own anxieties in a post-Weinstein landscape; thereâ€™s a fear of growing older, a fear of being replaced by someone younger, someone cooler. (Itâ€™s worth remembering that Tarantino has always said heâ€™ll retire after making his 10th film.) 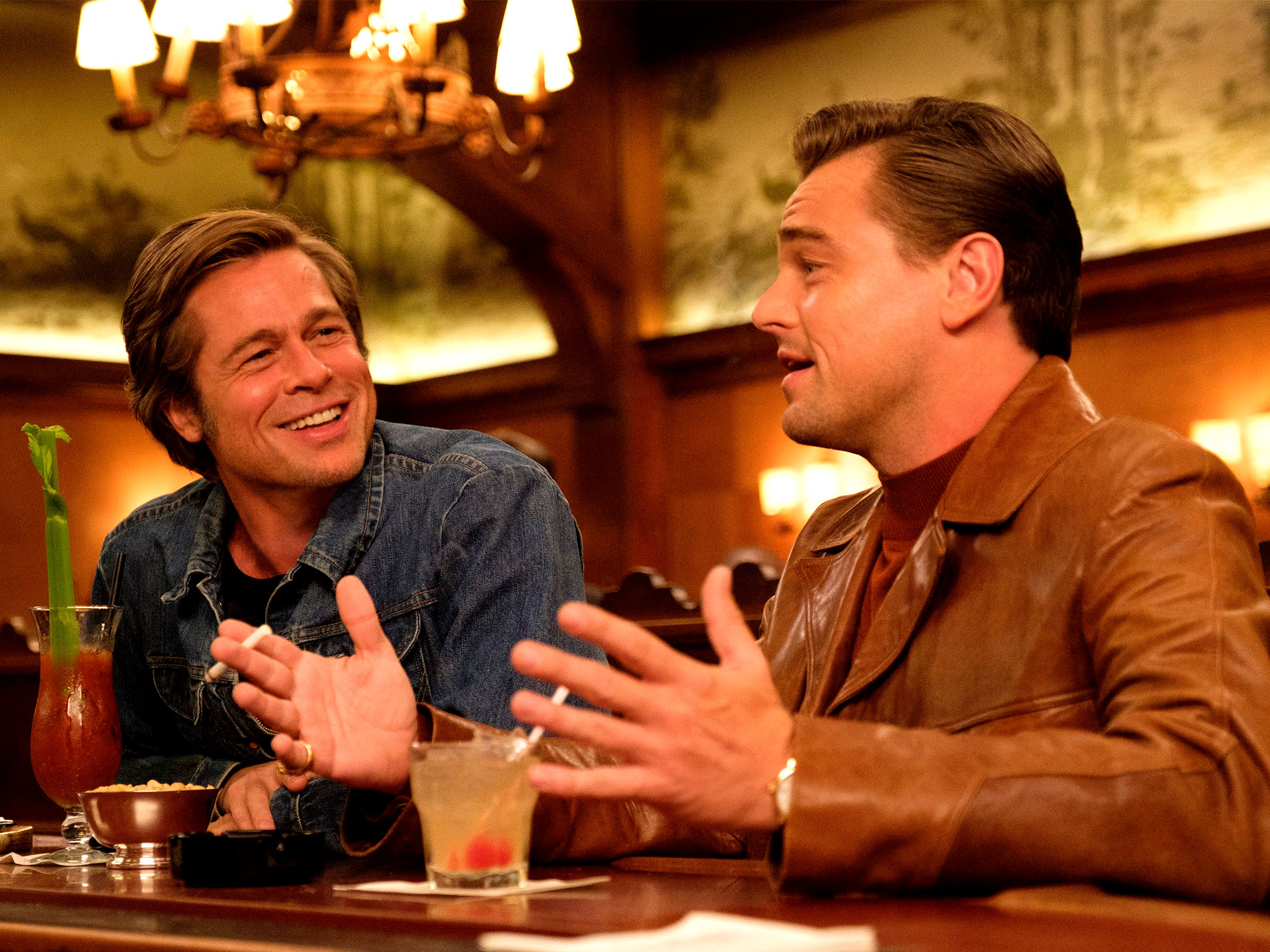 The potential for poor taste is so strong, especially given Roman Polanskiâ€™s proximity to the plot, but Tarantino wisely shunts him to the periphery. Margot Robbie presents Tate as a free-spirited young actress at the beginning of her career, wide-eyed and excited about what the future might hold for her, adjacent to the plot but not central to it. Her parallel is Qualleyâ€™s dewy hippy daydream, hitchhiking on Hollywood Boulevard in her cut-offs, a symbol of the new world. And although the film deals with the events of 9 August, 1969 in its own way, Charles Manson is by no means the focus.

Instead thereâ€™s a surprising tenderness, reliant on the easy chemistry between DiCaprio and Pitt. Their own enduring star wattage makes them perfectly suited to their roles, and small details make them more than caricatures: in-character, Rick Dalton is a clear-spoken Hollywood professional; off-the-clock, heâ€™s an alcoholic with a stutter and a revoked driverâ€™s license. Cliff, despite living in a decidedly less glamorous trailer with his American Pit Bull, Brandy, and dogged by rumours about his wifeâ€™s disappearance, appears much happier than his pal.

A good amount of time is dedicated to depicting the minutiae of these lives and demonstrating the gulf that separates star from stunt man. Flashbacks show how far the pair have come against the shifting tide of the Los Angeles landscape. Foremost, Tarantino has composed a love letter to Tinseltown, in all its dirty sexy glory. Heâ€™s happy to linger on the way the neon lights blink on as day turns into night, absorbing the details, as if, after all this time, heâ€™s learning how to slow down a little. Thereâ€™s a sense of worlds colliding, but they seem to lap against each other like waves off the rocks rather that crash together as his through lines so often do. Even the ending, bordering on self-parody, eventually has some sweetness to it.

Itâ€™s Tarantinoâ€™s most character-driven film to date and, for better or worse, easily his most mature. Your mileage may vary depending on how much a QT character study in rust-coloured old Hollywood appeals to you, but as a film about making films, and the agony and ecstasy of everything we love about movies, Tarantino knocks it out of the park.

The post Once Upon a Time in Hollywood appeared first on Little White Lies.

Stars and worlds collide as Quentin Tarantino serves up his most thoughtful and personal work to date.
The post Once Upon a Time in Hollywood appeared first on Little White Lies. […]