Let The Sunshine In: The queer legacy of Miloš Forman’s Hair60edf69b8b61dfdaaf85e9d1bac87eec 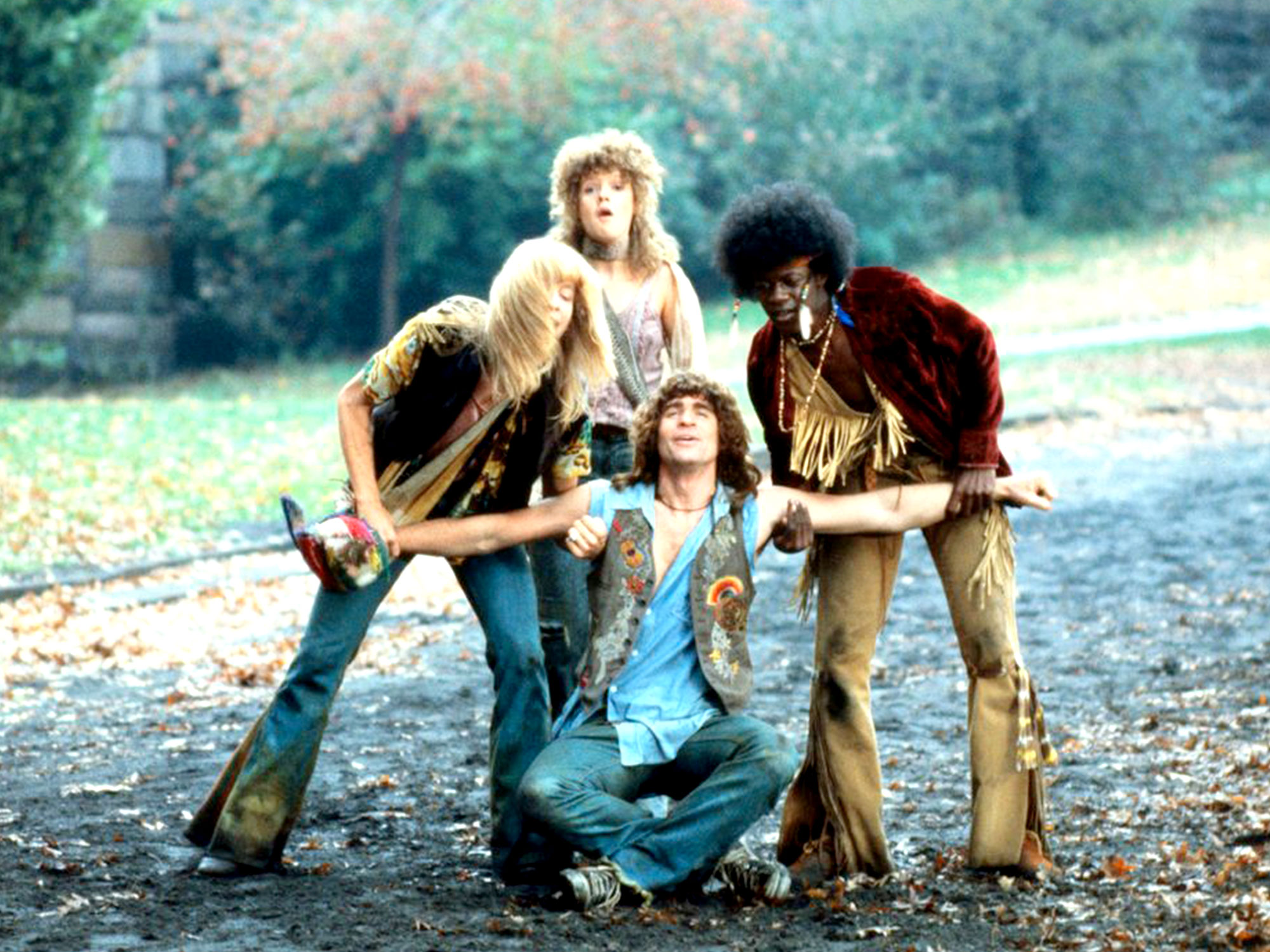 When it opened the Cannes Film Festival in 1979, Hair proved divisive among critics; some raised the roof, others simply shrugged. Over 40 years later, the fuss has fizzled out altogether. As if by a wicked twist of irony, the original musical, which boasted shaggy bobs begging to be “beaded, braided, flowered and confettied,” has gone grey at the sides, and receded into memory as a quaint relic of flower-powered idealism.

In its original incarnation, Hair was considered far from passé. Sprouting from New York City’s experimental theatre scene in the 1960s, ‘Hair: The American Tribal Love-Rock Musical’ blazed new trails across Broadway, transforming the American stage into a herbal-induced love-in. It was messy and crude, yet boldly original; it broke rules, smashed records and pushed the limits of censorship beyond what was imaginable. For the first time, denizens of Broadway could while away the hours enjoying full-frontal nudity and same-sex kisses – the Age of Aquarius was in full flow.

Yet while most onlookers sat, stonkered in the haze of hippiedom, director Miloš Forman began cherry-picking elements that would later inform his screen adaptation. His vision reframes the stage show’s loose “happening”, scrapping handfuls of characters, songs and, well, just about everything. What’s left may seem like a tie-dye jamboree, spouting the virtues of living low and getting high, but dig a little deeper, and you’ll find a musical memoir dedicated to queer love.

Oklahoma farmhand Claude (John Savage) arrives in New York days before he’s due to report to his army unit for service in Vietnam. He’s soon befriended by a group of hippies led by the charismatic, Medusa-tressed Berger (Treat Williams), who takes it upon himself to liberate Claude from his inhibitions before he’s carted off in khakis. Their quiet romance becomes the sweet centre of a film sprinkled with surface delights. Sure, they chase girls, but while it may be Sheila (Beverly D’Angelo) who catches Claude’s eye, it is undoubtedly Berger who takes his heart.

With a frame tailored fit to reveal the invisible traces of desire, Forman carefully dismantles the love triangle of the source material. In the skinny-dipping scene, Berger, evidently out of ideas in winning Claude’s attention, deflects him towards Sheila. “She’s all yours,” he insists while edging closer to the pond, stripping his clothes to the ground as if to draw a line in the sand. It’s the line between conformity and freedom, between straight and queer, and it is Claude’s attempts to cross it which make up the film.

There’s an intimacy felt through these gestures, leaving Claude’s scenes with Sheila to feel, much like his call to duty, a process of conscription. It is Berger, after all, who performs the ultimate act of love by taking Claude’s place aboard an aircraft destined for Vietnam, a sacrifice which draws upon Shakespearean verse in the musical’s final number: “Arms, take your last embrace! And, lips, the doors of breath, seal with a righteous kiss.” As Romeo’s dying words ring out over tarmac, Claude – re-enacting the closing ritual of many on-screen romances – races towards the departing plane. Except here, there’s no prize at the finish line.

The last time we see Berger makes for an image so haunting, you forget you’re watching a musical-comedy. He’s one of countless young men, each suited up and as faceless as the next, marching into the abyss of the aircraft’s crypt-like interior. In the real world of 1979, it wasn’t long until this image began to resonate with a different war: that against AIDS and a government unwilling to fight.

It seems befitting then, that the stage show’s 20th anniversary was celebrated as an AIDS benefit concert in 1988, featuring a mix of performers from both stage and film. And it wasn’t the last time cast members lent their voices to a rallying cry. During the National Equality March of 2009, a Broadway revival of Hair shut its doors, took to the streets and urged audiences to follow in what became the largest LGBT+ rights event in a decade.

To celebrate the queer legacy of Hair is to pay tribute to two men: Gerome Ragni and James Rado, who along with creating the musical, casted themselves in the lead roles during its original run. Their relationship was professional as well as intimate. “He was a love of my life,” said Rado, speaking publicly about his omnisexuality for the first time in 2008. At its core, Hair distills their expression of queer love and, as stage revivals come and go, preserves it in Technicolor for future generations looking to let the sunshine in.

The post Let The Sunshine In: The queer legacy of Miloš Forman’s Hair appeared first on Little White Lies.

Beyond its anti-war rhetoric, the Czech director’s version of the Broadway musical is a story of same-sex love.
The post Let The Sunshine In: The queer legacy of Miloš Forman’s Hair appeared first on Little White Lies. […]