The Homeless Services Network of Central Florida is helping to address new challenges facing the homeless population as a result of the pandemic. 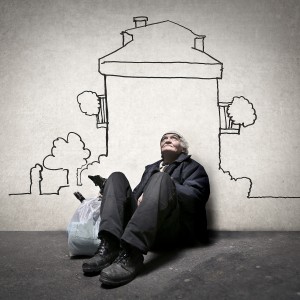 In the spring, as the COVID-19 pandemic began to grip the country and there were great fears about potentially overwhelming America’s health care system, Florida joined several other states by issuing a stay-at-home order. For many, after they adjusted to working remotely and virtual learning for their children, it was a fairly smooth transition to spending an extended amount of time in the comforts of their own home.

But what about those in Central Florida that have no place to call home?

The homeless situation in Greater Orlando has long been a topic of discussion, but there has been a renewed focus since the pandemic has become part of our everyday conversations. Since 1993, the Homeless Services Network of Central Florida (HSNCF) has been at the forefront of trying to raise awareness and in more recent years it has become the organization’s mission to coordinate with service providers in the area to try and find permanent housing for those experiencing homelessness.

“Our role has evolved over time so that we now assist the entire Central Florida Commission on Homelessness to create a system that provides coordinated services to our homeless population to ensure homelessness is rare, brief and a one-time experience if it happens for someone,” says Martha Are, HSNCF’s executive director.

The pandemic caused some unique challenges for the homeless population in the area and for those who serve them, especially for the unsheltered as public facilities began to close down. The lack of reliable options forced emergency night shelters to expand their hours to allow people to remain on campus 24/7. But even that wasn’t without its own set of unintended issues.

“Many people experienced an increased sense of anxiety because they were living in congregate settings in the midst of the pandemic,” says Are.

The topic of mental health has been a real concern as people look for ways to cope with this new reality. And for the homeless population, many of which who are already struggling with issues, the heightened sense of depression and anxiety has caused great alarm.

“Many homeless people already struggle with mental health. That was a reality prior to COVID and we have received anecdotal reports that it is increasing with the population,” says Are.

Despite all of these obvious concerns, and news of recent spikes throughout the state, Are says the local homeless population has not experienced any large outbreaks of infection as of now. A good portion of the credit for that has been the collaborative effort to adapt and implement new protocols and procedures. Local shelters have gotten creative in maximizing capacity while also trying to maximize safety, and in one instance that meant having the Salvation Army utilizing a 5,200-square-foot tent to accommodate emergency guests while also being able to practice proper social distancing and other recommendations from the Centers for Disease Control and Prevention.

“It’s certainly an inspiration to see the way that the homeless service providers across the region have worked so well, supporting each other and improving their communication so that they can interact as more of a system rather than independent organizations,” Are says.

“At this time, I believe if we had very many COVID-positive persons in these congregate settings, those numbers would have increased significantly,” she adds. “We feel very confident that we did not have large numbers of infected persons.”

As the pandemic continues to evolve, HSNCF’s overarching goal remains the same—to get as many homeless people housed as quickly as possible and to limit the number of those who ever have to be exposed in the first place. Greatly helping in matters has been a multi-million dollar grant that the nonprofit received last year from billionaire Jeff Bezos’s foundation. The founder of Amazon’s charitable arm, the Day 1 Families Fund, awarded HSNCF $5.25 million last November. It was the largest contribution to any of the 32 nonprofits selected across the country and HSNCF was the only nonprofit in the state to receive a grant. The money is specifically limited to working with literally homeless families with children.

“We recognize those dollars have a little more flexibility than other public funds. As we are identifying what the public COVID response dollars are able to do in our community, we are going to wrap the Day 1 Families Fund dollars around that and fill in gaps and leverage those dollars more effectively,” says Are.

To that end, the organization’s coordinated entry system was able to place more than 40 people in permanent housing in March and April, when the pandemic was at its peak. In addition, Are says they are actively seeking a hotel or another partner to help with folks who need to be isolated after potentially contracting coronavirus as well as looking to find necessary funding so that shelters can retrofit their existing space in an effort to increase safety and the number of people they can serve.

Through these past few months, the spotlight on the homeless and the obstacles they’ve had to overcome have strengthened the organization while also providing the public with a clearer glimpse of the struggles this population must endure. That is momentum that Are says will serve HSNCF’s efforts well in the short term and long after the pandemic has subsided.

“I would say after this pandemic, there are more people in the community who are aware how critical this work is,” she says. “There is recognition that getting homeless people into housing is in the best interest of the entire community. That increased awareness will bolster our efforts moving forward.”

For more information on the Homeless Services Network of Central Florida, visit HSNCFL.org

The Homeless Services Network of Central Florida is helping to address new challenges facing the homeless population as a result of the pandemic. In the spring, as the COVID-19 pandemic began to grip the country and there were great fears about potentially overwhelming America’s health care system, Florida joined several other states by issuing a [… […]