Lashana Lynch established herself in UK theatre long before she was cast as Maria Rambeau in Captain Marvel and later as Nomi in No Time to Die, the first 007 portrayed by someone other than a white man. In between blockbusters she returned to the stage, teaming up with Debbie Tucker Green for ear for eye at the Royal Court in 2018, which has now been adapted into a film.

Both the film and the play are experimental and unflinching, telling a story about Blackness that defies both narrative convention and thematic simplification (incidentally, both were also produced by Bond producer Barbara Broccoli). While the film doesn’t have a protagonist per se, Lynch plays the largest role, giving a performance that further distinguishes her as a formidable talent.

LWLies: Discussions around race have changed in the three years since the play. Do you think the experience of Black people has changed?

Lynch: Non-Black people have become more aware of racism. I think that’s the point to focus on. In order for things to actually change in the Black community, things need to change outside of it. A lot of nations need to own up to their history. Individuals need to ask questions and listen carefully and learn from what Black people have been saying for many, many years. I’m reluctant to use the word ‘change’. I use the word ‘shift’, because unless something is concrete and a bill is passed, I don’t trust it.

Theatre audiences are predominantly white. Did you feel you were performing to people that didn’t know about the Black experience?

Every night was different. It’s the Royal Court, so yes, it’s quite a white audience. But also there was some really cool, radical young people that came who were ready to listen, take the bull by the horns, and go into work the next day and have the necessary conversations and make people feel uncomfortable. I kind of relished in it. I would eavesdrop on people’s conversations in the bar afterwards and be quite entertained with how uncomfortable they were. It’s definitely not a laughing matter, but it was quite comical just how much they often missed the point. Debbie’s work is so strong and sharp. It’s direct. With the film, she places something in front of you and makes you ask questions of yourself. That is a very powerful thing.

Without having the energy and discomfort of the audience to work with, was it different being directed and performing for the screen?

No, not at all. I’d worked for Debbie the previous year on a profoundly affectionate, passionate devotion to someone at the Royal Court. We did ear for eye in the same theatre. It just feels that the film is a continuation of the work that we’ve done. I’ve gotten to know her as a creative and respect her more and more with the decisions that she makes. I’m able to be an actor who appreciates a director’s work, but also a pupil who is able to really sit and live and learn how to communicate a narrative or several narratives in one, without it feeling weighty. I always feel in such safe hands with Debbie.

She’s an enigmatic figure, but clearly one of Britain’s great directors. Do you think she’s gotten her due?

No. I think that most people who see her work has something has landed in them. They’ve appreciated it. But if people are uncomfortable with a topic, they throw it away. If you are ready for the conversation, you probably will thank her forever for igniting something in you. This film is an opportunity for people to learn who Debbie is as a creative and just how much her unorthodox ways work and are necessary for this industry. I think people will be inspired by the radical filmmaking style as well.

You’ve worked on both sides of the Atlantic and in this you are playing an American. What are the big differences between the African-American versus Black British experiences?

I prefer to focus on the similarities. There’s a real tendency to separate the Black experience, to divide us even more than we are already divided. And it’s not something that the Black community has done on its own. It’s people outside of the Black community who have facilitated this very segregated way of living, which prevents other nations from learning about their own Black experience. If we focus on the variations, then we’re not able to appreciate that we all come from the same place and we should all be working towards the same goal. It’s so interconnected.

“But when you get down to the meat and bones of it, it is a white man not allowing a Black woman to speak her truth”

What makes your segment feel uniquely American is the mass shooting element. Why was a professor and a student discussing mass shootings a useful framework for discussing race?

It shows how we handle mental health within different races. If a Black person were to shoot up a school or a church, they would never be afforded the mental health card. It infuriates me when we don’t see how stark the difference is when discussing a Black person committing a crime. I will be very interested to see how people take that argument, actually. For some people, there won’t be a right or wrong answer. Even saying “the mental health card” is an uncomfortable thing, because mental health needs to be taken seriously but it’s used as a card for a young white boy to be protected by the police when a young Black boy would never get that. It shouldn’t stop at the film. It needs to form a massive discussion and reverberate outside of the Black community.

It really stayed with me when you say, “We aren’t allowed to be them.”

There are going to be a hell of a lot of people who miss that line and who miss it coming from Black women. I don’t want to pre-empt the audience’s reaction, but I know that there’s certain things that aren’t going to land. I really implore people to look at it twice, three times, five times if you need to, in order for you to see where the frustration in the Black community comes from when watching the news and seeing that.

When Dylann Roof murdered nine Black people, the police took him safely into custody and bought him a Burger King.

Yeah. They didn’t want to hurt him. It’s a system that is set against melanated people. It goes back to what I was saying before, that without nations having proper discussions about their history, nothing’s going to change. Hence why I don’t use the word ‘change’.

How do you think people should read the dynamic between you and Demetri Goritsas’ character?

He should be seen as villainous because it is everyday. For something to be everyday in that way and still be classed as casual… That behaviour is clearly very problematic, and the fact it is so casual is an issue. On one level, he’s a professor trying to teach a student and giving her a run for her money. But when you get down to the meat and bones of it, it is a white man not handling a Black woman in the way that she deserves, and not giving her the voice to speak her truth in the way that he can because he was born white.

Do you think this film achieves anything that the play wasn’t able to?

Reach. I love theatre, but these incredible conversations need to reverberate throughout the world. It is also hopefully going to be a way of getting some structural change within our industry which should have been looked at a long time ago. Not just for a few months because Black Lives Matter was in the news, but actually reaching the heads of studios, the producers, the filmmakers that have the power to fund scripts like this which have been sitting on their shelves for decades. So there’s a lot, but I look forward to seeing what the reaction is going to be.

eye for eye will premiere on 16 October at the BFI London Film Festival, BBC Two and iPlayer.

The post Lashana Lynch: ‘A lot of nations need to own up to their history’ appeared first on Little White Lies.

The British star of ear for eye on why the conversation around race needs to extend beyond the Black community.
The post Lashana Lynch: ‘A lot of nations need to own up to their history’ appeared first on Little White Lies. […] 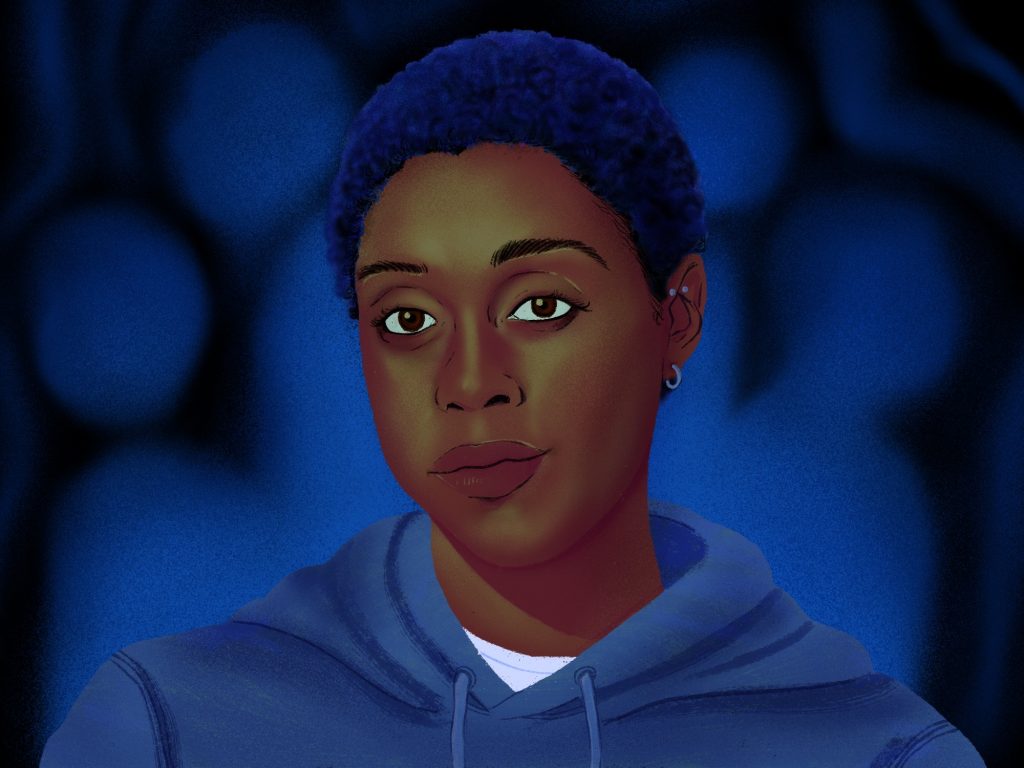