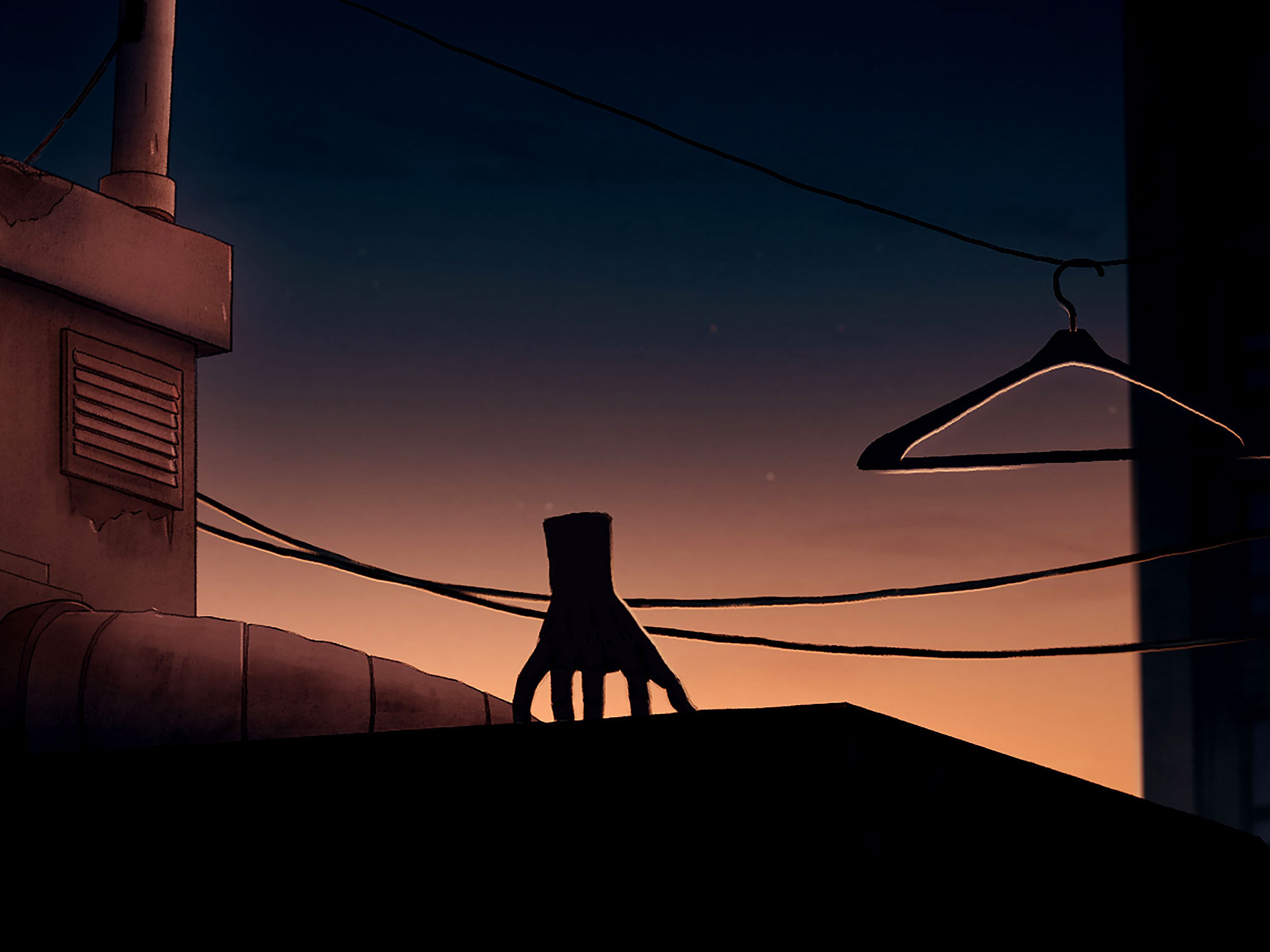 I’ve always been particularly fond of the hands of my loved ones. My mother’s – like my grandmother’s – are elegantly slender, while my father’s feel like the warmest place on earth. Hands tell stories. They carry the wear of the day or, if you’re so inclined to believe it, contain the path of your own future, lined with foreshadowings of children, marriage and a (hopefully) long life span.

Gentle imagery of touch and feeling elevates Jérémy Clapin’s I Lost My Body to the level of a tender ode to the beauty of the human hand. This earnest emotion is woven into the fabric of the story of the young Naoufel who navigates life as an immigrant bound to the outskirts of a Paris with no Eiffel Tower in sight. Clapin’s textured animation rests in the banlieue and the alienating spaces of industrial parks, speeding motorways and dank back alleys.

Naoufel, we learn through occasional backstory fragments, moves to France following the death of his parents in their native Morocco. Crammed into one room with his older, ill-tempered cousin, and working a lousy pizza delivery job, there is little solace to be found in his everyday life. A chance encounter over an apartment block intercom with Gabrielle, a customer waiting on her late pizza, sparks a new energy into the young, lonely boy.

Meanwhile, exploring these forgotten and dilapidated areas at ground level is a severed hand, the second protagonist occupying one of the film’s split timelines. Having escaped from a test laboratory, the hand – all stumbling fingers but a quick-thinking mind of its own – goes out into this Parisian landscape in search of the body it was once attached. The non-linear structure lends itself to this delicately constructed portrait of history and memory across two distinct yet interwoven lives.

Still, the escapades of this lonely mitt are mostly terror-laden. Strangling a pigeon in an early scene is the only way to save itself from falling to catastrophe, while a face-off against a trio of hungry rats on the Metro is wracked with tension. Clapin’s film often shifts to this darker, jump-scarey tone, though the heightened drama of the hand’s journey is balanced with the softer, nostalgia-laced aspects of Naoufel’s story.

There are some moments that feel a little misplaced and unwarranted, such as Naoufel’s pursuit of Gabrielle. It endorses the creepy stalking of a female character who has little more depth than your classic Manic Pixie Dream Girl. There is a poignancy to both the hand and Naoufel’s relationships to their past and what lies ahead, but the reliance on ideas of destiny and fate feels a little thin in retrospect.

In its quieter moments the animation glows with warmth, even in the black and white used to depict the boy’s memory of his upbringing. A hand sinks into grains of sand to lift up a seashell. Dust particles linger in the light of a fading sunset, glinting through broken windows in abandoned spaces. There is a tactile quality to the imagery that creates a welcoming space for the viewer to engage with, using these specific yet universal touches of experience and reminiscence to stirring effect.

The post I Lost My Body appeared first on Little White Lies.

A severed hand searches for its body in Jérémy Clapin’s surprisingly poignant Parisian animation.
The post I Lost My Body appeared first on Little White Lies. […]