In Julian Higgins’ feature directorial debut we enter God’s Country, all snowy hilltops, arid plains and deep-rooted small town spite in the American West. It’s an impressively-handled slow burner, adapted from a James Lee Burke short story by Higgins and Shaye Ogbonna, and constructed with a precision and control that keeps the narrative taut until the central danger falls away into chaos.

Hiding away in her modest yet striking home overlooking a canyon is Sandra Guidry (Thandiwe Newton), a professor at a nearby college grieving the death of her mother. The house’s ecclesiastic style, with its high pointed roof and wide windows, is an appropriate setting for the film’s biblical structure; over seven formative days, Sandra will create a new world for herself in her own vision.

As snow settles over the rural town, it muffles the landscape—sounds are muted and colours are limited to muddy greys and browns. Grief is having the same effect on Sandra, smothering her day to day life and stripping it of all vibrancy. She wanders, ghost-like, from her classroom to her home where she is trying to begin packing away her mother’s belongings. An unnerving intrusion jolts her from this state, but there is little improvement; her mourning simply combines with the exhaustion of her life as a Black woman in a racist environment and to immense effect. Two hunters park their red pick-up truck on her property and Sandra’s polite note to tell them to stop is tossed in the snow next to a bloodied bird carcass. From here, the film’s thriller-esque drama escalates with a steady pace and bold storytelling direction as Sandra retaliates to every further act of brutality enacted by these men. Asserting her power is a necessity and a gamble against those with the strength and privilege to fight harder.

Newton is magnetic on screen, balancing steadfastness with fragility. “Why are you like this?” Sandra asks the younger hunter early on in the film pleadingly, worthlessly. The sincere threat he poses through his eyes alone is enough to make her back away in the first example of the film’s deft portrayal of the ways in which women are so often forced to capitulate to men for their own safety. Sandra, as seemingly the only person of colour, let alone woman of colour, for miles, is well-attuned to the violent habits of deference of those around her too. Her white female colleague bows her head as she votes ‘yes’ to an all-white shortlist for a job at the college, despite the promise that they would work harder at inclusivity, while her boss and neighbour Arthur (Kai Lennox) buddies up with the macho hunters in a display of masculine submission.

God’s Country keeps much of its socio-political commentary and Sandra’s trauma understated but it flows through the narrative and the setting as a volatile undercurrent seeping into every corner. This is a spoiled land, presented confidently and with a contemporary focus that offers a nuanced take on white and male supremacy.

Thandiwe Newton plays a college professor who faces off against a group of hunters in Julian Higgins’ precise and prescient debut.
The post God’s Country – first-look review appeared first on Little White Lies. […] 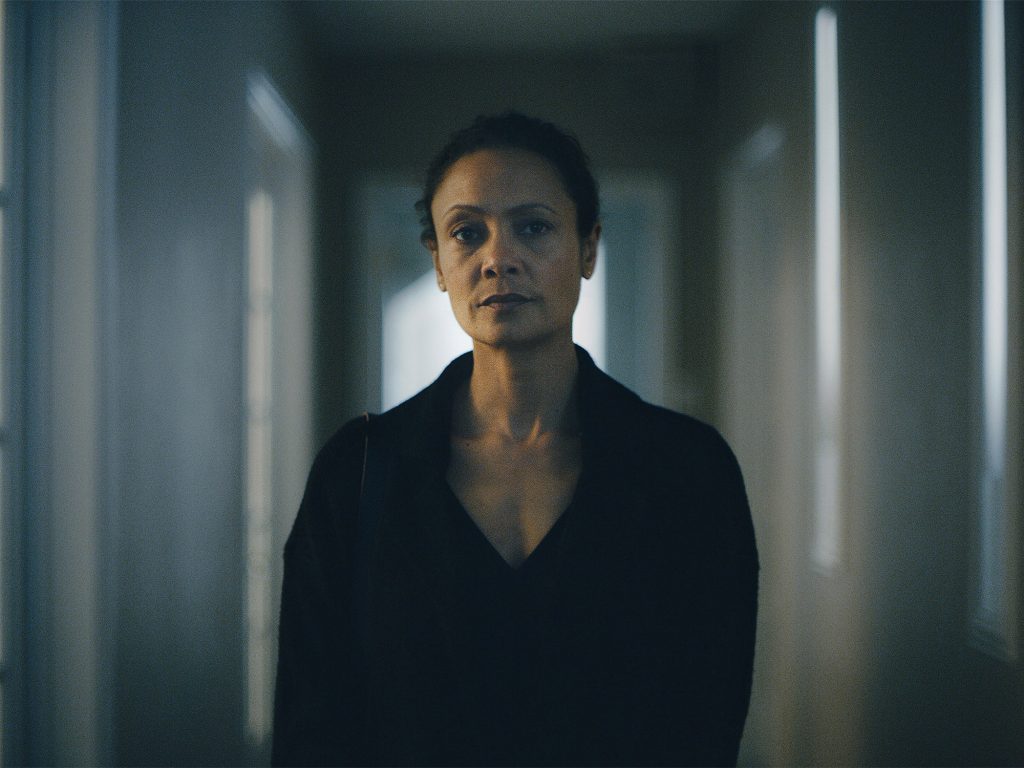